While Lee rapped onstage, near the band, his brother Slim… END_OF_DOCUMENT_TOKEN_TO_BE_REPLACED

Pharrell and Janelle Monáe appear on today’s episode of “The Ellen DeGeneres Show” in support of Hidden Figures, the new movie in which Monáe stars and Pharrell contributes music. Gospel singer Kim Burrell, who was scheduled to perform alongside Pharrell and Monáe, was dropped after she described homosexuality as “perverted” during a church sermon and posted homophobic follow-up videos on Facebook Live. Below, watch a preview clip of the episode, in which Pharrell and Ellen discuss Burrell’s removal and how…

The Latest Installment of the Matt Lauer / Ellen Prank War 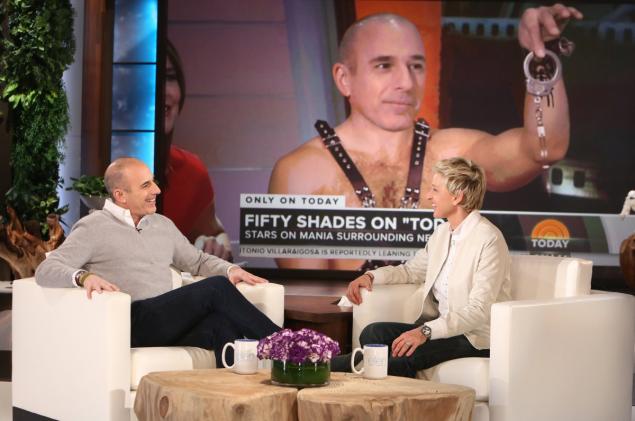 As many reading this may already know, a prank war has been going on between Ellen DeGeneres and The Today Show‘s Matt Lauer for a few weeks now.