Miley Cyrus is mobilizing her Facebook followers to make donations for migrant children who have been separated from their families.

The pop singer launched a fundraiser for KIND (Kids in…

On the Charts: Shawn Mendes Claims Third Number One Album

END_OF_DOCUMENT_TOKEN_TO_BE_REPLACED

The One Love Manchester benefit concert Sunday night drew an average audience of 10.9 million for BBC One, according to overnight data unveiled Monday. END_OF_DOCUMENT_TOKEN_TO_BE_REPLACED

Today, a ton of people took part in the Women’s March on Washington and its sister marches around the world. A wide variety of artists joined in, including Michael Stipe, Yoko Ono, Grimes, Ed Droste, Britt Daniel, Karen O, Deakin, Bat for Lashes, Miley Cyrus, Eric Andre, Mark Ronson, Natalie Prass, and more. Find some of their posts below.

Earlier today, the National, Tegan and Sara, Carrie Brownstein, and many more shared social media missives from the marches, using their voices to stand against Trump. The Women’s March on Washington featured performances from Amber Coffman, Janelle…

Miley Cyrus and Liam Hemsworth are typically a very private couple, but this holiday season they let their fans get a good look at just how happy they are together.

It all began when Liam celebrated Christmas early with his fiancée’s family, posing by the tree alongside Miley’s dad Billy Ray Cyrus, mom Tish Cyrus and siblings Brandi Cyrus, Trace Cyrus, Braison Cyrus and Noah Cyrus. Little did fans know that the Cyrus family gathering was only the beginning of the couple’s Christmas bashes. Next up was the Hemsworth family party, where Liam and Miley hung out with Chris Hemsworth and his wife Elsa…

Miley Cyrus Shows Off Her Christmas Gift From Liam Hemsworth

Liam Hemsworth knows the way to his leading lady’s heart.

Miley Cyrus showed off one of her Christmas gifts from her man and her selfie proves she’s already in love with her present.

Cyrus posted a pic of her multicolored earring and wrote, “I [heart] my rainbow moon my dude made fo me.”

The singer also shared numerous pics of her with her beau in matching reindeer hats and Christmas garb throughout the holiday.

Miley Cyrus and Liam Hemsworth kicked off their holiday celebrations earlier this week with the singer’s family, and on Saturday, the couple shared a snap of just the two of them all decked out in ugly sweaters (and in…

Kimmel and Miley had some Laughs on TV Last Night, but will you Laugh When You see what They got up to? 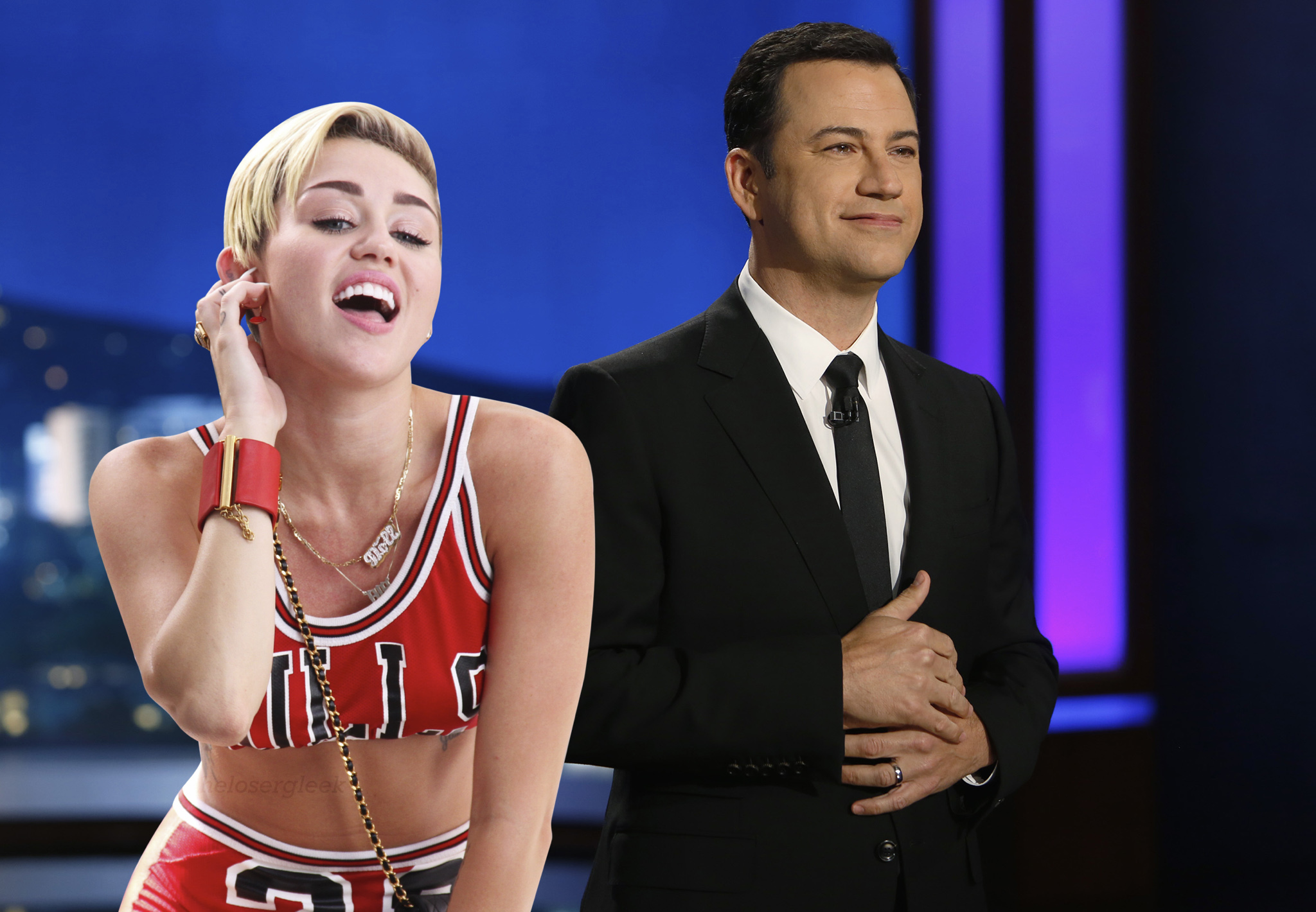 A couple of Septembers back a popular teen singing star –known for a Disney sitcom on which she starred with her daddy — danced around in a swimsuit while making a funny face. Nothing more, really.