HOUSTON — Terrell Owens announced Saturday evening that he was snubbed from the Pro Football Hall of Fame for the second consecutive year. END_OF_DOCUMENT_TOKEN_TO_BE_REPLACED

There’s precious little this year that the Cleveland Browns can point to with pride, but one of the year’s few bright spots — “bright” being a relative term, like a candle is “bright” in absolute darkness— has been the prodigal Ohio State product Terrelle Pryor. The onetime QB has managed to salvage his career with a switch to wide receiver, and has contributed 858 yards and four touchdowns to a generally woeful Browns offense.

He’s also apparently managed to tick off the Cincinnati Bengals’ Adam Jones something fierce. Earlier this past week, Jones teed off on Pryor. “He pushes off, every route. He’s an…

Ravens poised for stretch drive; Bengals’ run is a stretch

BALTIMORE (AP) All that has transpired for the Baltimore Ravens this month has put them in position for, as safety Eric Weddle put it, ”A December to Remember.”

The Ravens followed a winless October with a 3-1 November, capped by a 19-14 win over the Cincinnati Bengals on Sunday.

Baltimore (6-5) climbed back into a tie with Pittsburgh atop the AFC North with five games to go.

”We have to win every game, we feel, this last stretch,” Weddle said.

The Bengals (3-7-1) feel the same way. The difference is, that might not be good enough to get them into the postseason for the sixth consecutive year.

”We have been able to control it ourselves. Now we need help,” coach Marvin Lewis said.

After spending five straight Decembers fighting for playoff position, Cincinnati is now in a situation where one more loss may end its postseason hopes.

”It starts to wear on you,” cornerback Dre Kirkpatrick said. ”I’m a winner. I’ve never been in this situation. But at the end of the day, when you’re a competitor you keep competing, especially when your back is against the wall.”

Some things we learned about the Ravens and Bengals on Sunday:

PERFECT AND IMPERFECT: Ravens kicker Justin Tucker has been perfect in 11 games this year. After connecting from 52, 57 , 54 and 36 yards, Tucker is 27 for 27 and has made all 15 of his conversion attempts.

It was the 11th time Tucker has kicked at least four field goals in a game. Baltimore is 10-1 when that happens.

”To be on this kind of roll is good, but it doesn’t end today,” Tucker said. ”Hopefully this is something that would help carry…

Bengals kicker Mike Nugent had a big hand in The Day the Kickers Couldn’t Kick Straight.

Nugent missed two of the 12 extra points that kickers around the league missed in Week 11 action and those misses loomed large in a 16-12 loss to the Bills that saw the Bengals trying to score a touchdown on their final drive of the game. They also continued a trend of shaky work from Nugent…

After several weeks with limited injuries, Sunday was filled with them. Multiple notable players went down, including several that could be season-ending. In non-injury news, NFL kickers set a record. 12 extra points were missed, breaking the previous record of 10.

Check out the latest NFL news and rumors below.

• A rough season for the Cincinnati Bengals took another bad turn Sunday. NFL Network’s Ian Rapoport reports wide receiver A.J. Green has a tear in his hamstring and the Bengals fear it will end his season. 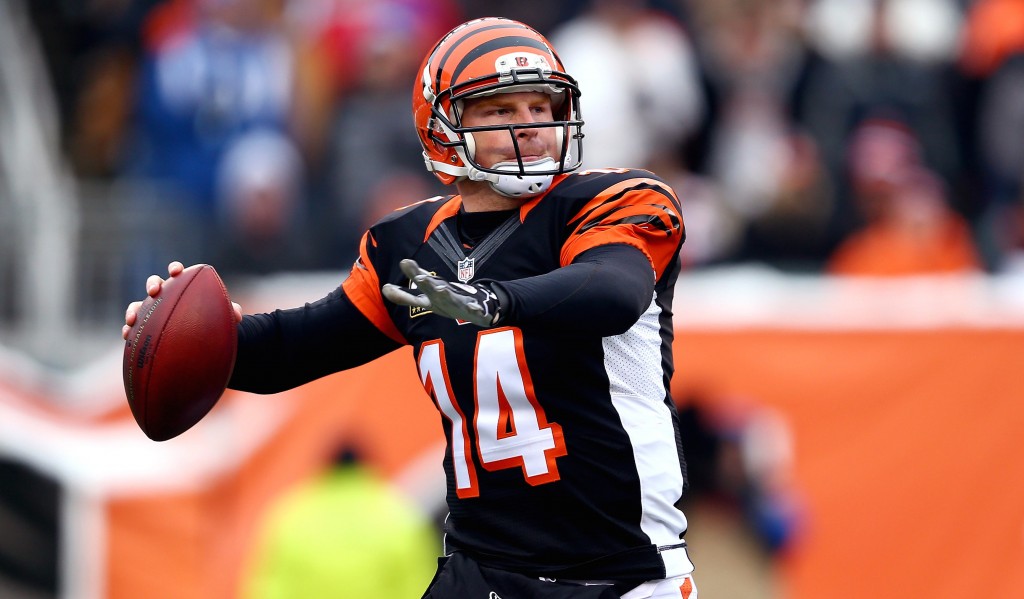 NFL quarterback Andy Dalton recently expressed his confidence that he and the Cincinnati Bengals would soon be agreeing upon a new deal. On Monday they did precisely that, and the $115 million, six-year deal potentially works out quite well for both parties.