It was Batman v Superman versus Hillary’s America at the 2017 Golden Raspberry Awards, a.k.a. The Razzies. The winners, highlighting the “cinematic sludge” of the past year, were announced the day before the Oscars wherein both films were “awarded” four titles. END_OF_DOCUMENT_TOKEN_TO_BE_REPLACED

Hillary Clinton and the law

“A contempt of the laws is the high road to anarchy.”

Hillary Clinton’s email scandal and the Clinton Foundation scandal are back in the news, as they are likely to be for years to come. At his confirmation hearing, Attorney General-designate Jeff Sessions said he would recuse himself from all investigations involving the Clintons. END_OF_DOCUMENT_TOKEN_TO_BE_REPLACED

Holliday sees inaugural gig as for ‘the people,’ not Trump

FILE – In this Oct. 7, 2016 file photo, actress and singer Jennifer Holliday poses for a photo during an interview in New York. Holliday, who will perform at Donald Trump’s inaugural welcome concert next week, supported Hillary Clinton in the election and says her decision to participate is not a political statement.. (Richard Drew, File/Associated Press) END_OF_DOCUMENT_TOKEN_TO_BE_REPLACED

Kate McKinnon hasn’t had much use for her Hillary Clinton wig the last few weeks, but it was worth digging out for a stellar sketch that aired late in this weekend’s episode of Saturday Night Live.

McKinnon’s Clinton showed up silently on the doorstep of a Republican elector (Cecily Strong) with a message to consider before Monday’s Electoral College vote to certify Donald Trump as the next president.

Does the messages-on-cards gesture look familiar? That’s because SNL is parodying this scene…

President-elect Donald Trump said that African American voters stayed at home were “almost as good” as those who voted for him. (Victoria Walker/The Washington Post) END_OF_DOCUMENT_TOKEN_TO_BE_REPLACED

She was being honored as Woman of the Year at Billboard’s annual Women in Music event.

Madonna was unequivocally #WithHer during the recent presidential election, which might explain why she had politics on her mind on the red carpet Friday at Billboard’s Women in Music event, where she is being honored as Woman of the Year.

Asked how she felt about the Woman of the Year honor, the pop icon said, “For me, [since] Hillary Clinton lost the election, it’s really important to make a stand and speak my mind about the importance of women and women empowering themselves and believing in themselves and understanding their worth.”

Appearing at Friday’s event presented another opportunity for the singer to address those issues, as well as consider how involved she wants to get in the political arena in the future. “I think I’ve always…

There were moments when watching the Trump and Clinton campaigns discuss the election at the Campaign Managers Conference at the Harvard Institute of Politics was like watching The Jerry Springer Show without the chair-throwing (or paternity disputes).

The 2016 campaign was an ugly, knock-down, drag-out fight between two different visions of America. So it was fitting that the typically polite and clinical quadrennial gathering of campaign professionals would erupt into shouting matches and accusations raw with emotion.

As Harvard’s Nicco Mele regularly reminded the political operatives, journalists and students in the audience, the event was intended to take down “a first draft of history and we are trying to capture what happened here for generations to come.”

For the final panel of the day, senior operatives from the Trump and Clinton campaigns sat across from each other around a big rectangular formation of tables. There were moments when it seemed like a very good thing that 10 feet separated them.

Earlier in the day there was a sense of good humor and mutual respect between the various campaigns (more than a dozen were represented). But with the Trump and Clinton teams face to face, and with the weight of history being written, it turned ugly fast.

Here are some key moments:

Throughout the conference there was a lot of discussion of Donald Trump’s controversies and flare-ups. Trump’s team said they initially thought it was a problem for the campaign. Corey Lewandowski, who was Trump’s first campaign manager, reflected on the weekend in July 2015 when Trump said John McCain wasn’t a war hero because he had been captured.

Lewandowski said he had counseled Trump to apologize. Instead, Trump embraced his remarks, holding a press conference where he never apologized and further criticized McCain.

Lewandowski also said he spoke to Trump before a San Diego event where Trump criticized Indiana-born U.S. District Judge Gonzalo Curiel. Lewandowski said he told Trump not to go there. Trump, of course, did go there, setting off one of the more lengthy and damaging feuds of his campaign.

But despite so many such flare-ups, there was no knockout blow to the Trump campaign. Not the McCain feud, the Megyn Kelly fight, the criticism of Judge Curiel (House Speaker Paul Ryan called Trump’s remarks “the textbook definition of racist comments”), the feud with the Khan family or even the Access Hollywood video where Trump talked about groping and kissing women.

Kellyanne Conway, the campaign manager who finished out the election with Trump, had this takeaway:

“There’s a difference to voters between what offends you and what affects you. And they were being told constantly, ‘Stare at this, care about this, make this the deal-breaker once and for all.’ And they were told that five or six times a week about different things. And yet they went, they voted the way voters have always voted: on things that affect them, not just things that offend them.”

The extraordinary exchange came at a postmortem session sponsored by Harvard University’s Kennedy School of Government, where top operatives from both campaigns sat across a conference table from each other.

As Trump’s team basked in the glow of its victory and singled out for praise its campaign’s chief executive, Stephen K. Bannon, who was absent, the row of grim-faced Clinton aides who sat opposite them bristled.

“If providing a platform for white supremacists makes me a brilliant tactician, I am proud to have lost,” she said. “I would rather lose than win the way you guys did.”

Kellyanne Conway, Trump’s campaign manager, fumed: “Do you think I ran a campaign where white supremacists had a platform?”

“You did, Kellyanne. You did,” interjected Palmieri, who choked up at various points of the session.

“Do you think you could have just had a decent message for white, working-class voters?” Conway asked. “How about, it’s Hillary Clinton, she doesn’t connect with people? How about, they have nothing in common with her? How about, she doesn’t have an economic message?”

Joel Benenson, Clinton’s chief strategist, piled on: “There were dog whistles sent out to people. . . . Look at your rallies. He delivered it.”

At which point, Conway accused Clinton’s team of being sore losers. “Guys, I can tell you are angry, but wow,” she said. “Hashtag he’s your president. How’s that? Will you ever accept the election results? Will you tell your protesters that he’s their president, too?”

The session was part of a two-day forum that the school’s Institute of Politics has sponsored in the wake of every presidential election since 1972. It gathers operatives from nearly all of the primary and general election campaigns, as well as a large contingent of journalists, with the stated goal of beginning to compile a historical record.

Generally, the quadrennial gatherings are frank but civil ones, in which political operatives at the top of their game accord each other a measure of professional respect.

This year, in the wake of a brutal campaign with a surprise outcome, it was clear that the wounds have not yet begun to heal. The animosity of the campaign aides mirrors the broader feelings of millions of voters on both sides.

Campaign officials lashed out at each other, and also against the media — which neither side believed had treated it fairly.

Clinton campaign manager Robby Mook also acknowledged that her operation had made a number of mistakes and miscalculations, while being buffeted by what he repeatedly described as a “head wind” of being an establishment candidate in a season where voters were eager for change.

2016 Presidential Election: The Candidates So Far 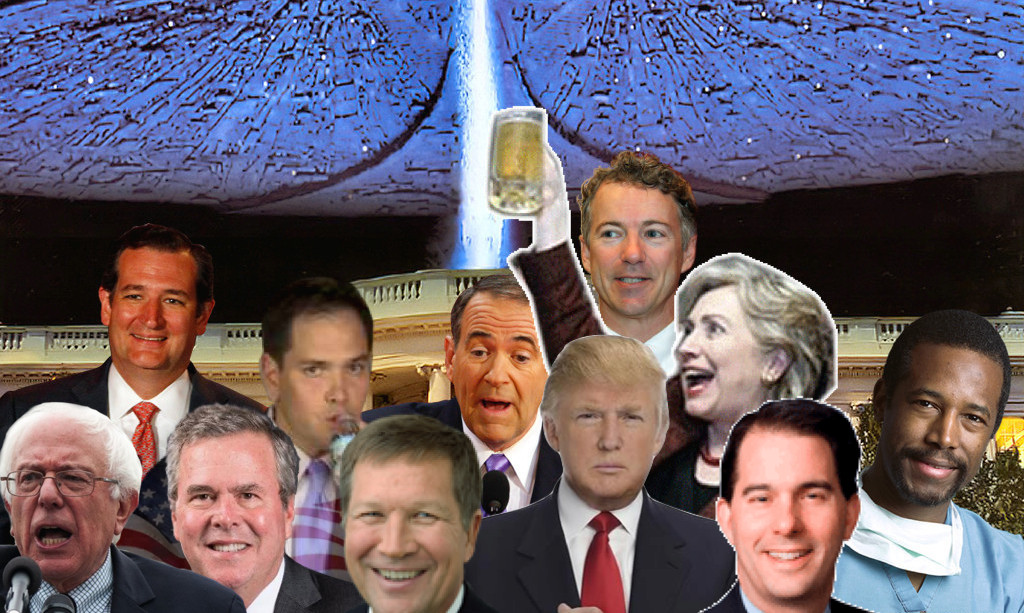 Although the 2016 presidential election is still some time away, candidates – possible, presumed, and announced alike – have begun to emerge as the stage is being set for the first primaries early next year.