The Latest: Adebayo gets off to good start in 2nd half

The South Region is clearly the sexiest of the four regions, as all three blue bloods in the region, No. 1 North Carolina, No. 2 Kentucky and No. 3 UCLA, are among the most decorated teams in college basketball history. END_OF_DOCUMENT_TOKEN_TO_BE_REPLACED

No. 3 Tar Heels mystified by flat performance in 76-67 loss

Fans roared when Cubs outfielder and former Hoosiers star Kyle Schwarber was introduced as honorary game captain. They made Chicago Blackhawks national anthem singer and Indiana alum James Cornelison feel right at home by cheering through his performance of the song. The fans stayed on their feet most of the night and did whatever they could to keep the Hoosiers on track for their fifth straight home win against a top three team.

Then there was the curious case of Williams’ Tar Heels.

Seven days after returning from a four-game Hawaiian road trip, one on which they trailed for a combined total of 16 seconds, No. 3 North Carolina never led and spent most of the game trying to fight its way out of a double-digit deficit before finally losing 76-67 to No. 13 Indiana.

”We were not ready to play,” he said. ”We did not shoot free throws, we didn’t rebound the basketball, we didn’t get the loose balls, At the half, they had more second-chance points – they had five or six fast-break points – and we had none. Everything, everything (went wrong).”

In that game, Johnson struggled, Blackmon injured his knee and Anunoby tried to play through an illness. This time, they helped Indiana start fast and fend off the Tar Heels‘ second-half charges to close it out. Anunoby was injured at the end of the game and needed help to get to the locker room.

There was no immediate word on what Anunoby’s injury was though he appeared to land awkwardly after a dunk with 1:36 to go.

”The way he played tonight is the way we expect him (Anunoby) to play on a consistent basis,” Johnson said. ”The way he came out determined to get on the…

DURHAM, N.C. (AP) Grayson Allen keeps putting up huge numbers for No. 5 Duke. Imagine how much more impressive they might be if he were healthy enough to practice.

Allen has been dealing with lingering foot injuries for the past two weeks, with coach Mike Krzyzewski saying he hurt his toe before the Penn State game on Nov. 19 and limped through the Rhode Island game the next day. He checked out of the Appalachian State game early three days ago when he reinjured the toe.

”Grayson does not practice one second,” Krzyzewski said. ”So when he’s out on that court, it’s a gutty performance. … That kid has played unbelievably, and he’s limping.”

Amile Jefferson had 17 points and 13 rebounds while freshman Frank Jackson finished with 11 points and keyed a timely 11-0 run for the Blue Devils (7-1), who won their fourth straight despite shooting just 27 percent from 3-point range.

Eron Harris scored 14 points for Michigan State (4-4). Playing their first game as an unranked team since March 2015, the Spartans had 18 turnovers – ”Too much AAU ball, not enough college ball,” coach Tom Izzo said. Star freshman Miles Bridges was held to 11 points – six fewer than his team-leading average – on 4-of-13 shooting.

”I didn’t think Miles played as hard as he’s been playing,” Izzo said. ”He’d been playing hard, and just got caught… 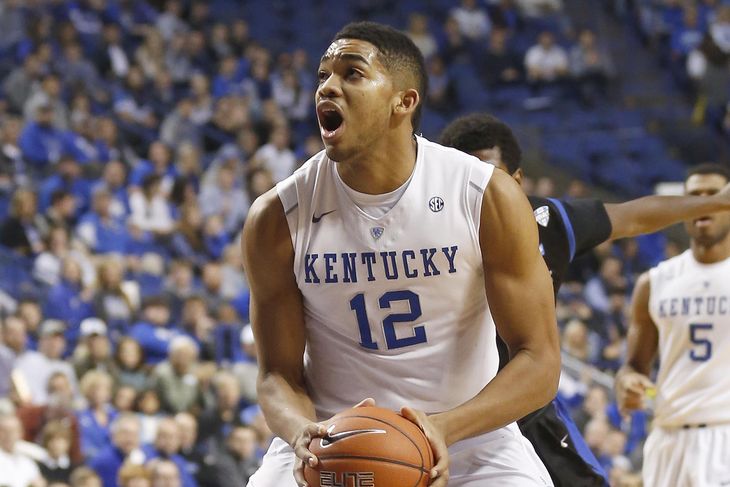 March means different things to different folks. For those of us living in the northern hemisphere it means the onset of spring. For some it may mean St. Patrick’s revelry, and for some rather strange and/or pretentious others it may perhaps invite a bout of Ides of March dread.

END_OF_DOCUMENT_TOKEN_TO_BE_REPLACED

At Taylor University (PeekYou school search here) in Upland, Indiana, the Friday night before December finals is deemed “Silent Night.” During that evening’s basketball game, the crowd remains completely, eerily quiet until Taylor scores its tenth point of the game; at which time, well… The video above explains it far better than we could.