Mavis Staples is sitting in the lounge of her tour bus outside the Tower Theater in Philadelphia, telling a story about her current tourmate, Bob Dylan. END_OF_DOCUMENT_TOKEN_TO_BE_REPLACED

Hear Bob Dylan’s Unreleased “Making a Liar Out of Me”

Bob Dylan to give concerts in Sweden after missing Nobel fete

STOCKHOLM (AP) — Bob Dylan couldn’t make it to Stockholm to pick up his literature award or attend the Nobel ceremonies, but he’ll be here with his band in April for a few gigs.

Nobel Committee: Bob Dylan ‘Changed Our Idea of What Poetry Can Be’

In 2006, novelist and lifelong Bob Dylan fan Jonathan Lethem met Dylan in a Santa Monica, California, hotel room for a highly memorable interview coinciding with the release of Modern Times, which ranged from the singer’s thoughts on file sharing to his unwanted savior’s role: “You know, everybody makes a big deal about the Sixties,” Dylan said. “The Sixties, it’s like the Civil War days. But, I mean, you’re talking to a person who owns the Sixties. Did I ever want to acquire the Sixties? No. But I own the Sixties – who’s going to argue with me? … I’ll give ’em to you if you want ’em. You can have ’em.” On Saturday, Dylan will be honored with the Nobel Prize in Literature; we reached out to influential fans ranging from Al Gore to Stephen King to share their thoughts on the honor. Here, Lethem weighs in on Dylan’s literary legacy.

Listen, the first person to say Bob Dylan’s writing “isn’t poetry for the page,” to my knowledge, was Ellen Willis, in 1967: “When critics call Dylan a poet, they really mean a visionary. Because the poet is the paradigmatic seer, it is conventional to talk about the film poet, the jazz poet.”

But that’s not to say Dylan’s work isn’t writing, anymore than Ginsberg’s “Howl” or Beckett’s Krapp’s Last Tape isn’t writing. Would anyone claim the prose of writers as diverse as Eileen Myles (who I’ve witnessed giving readings from a music stand, from pages she’d largely memorized and was able to deliver as a rhythmic incantation – you could practically clap along) and Philip Roth (whose best pages work as furious brain-voice rants that practically… 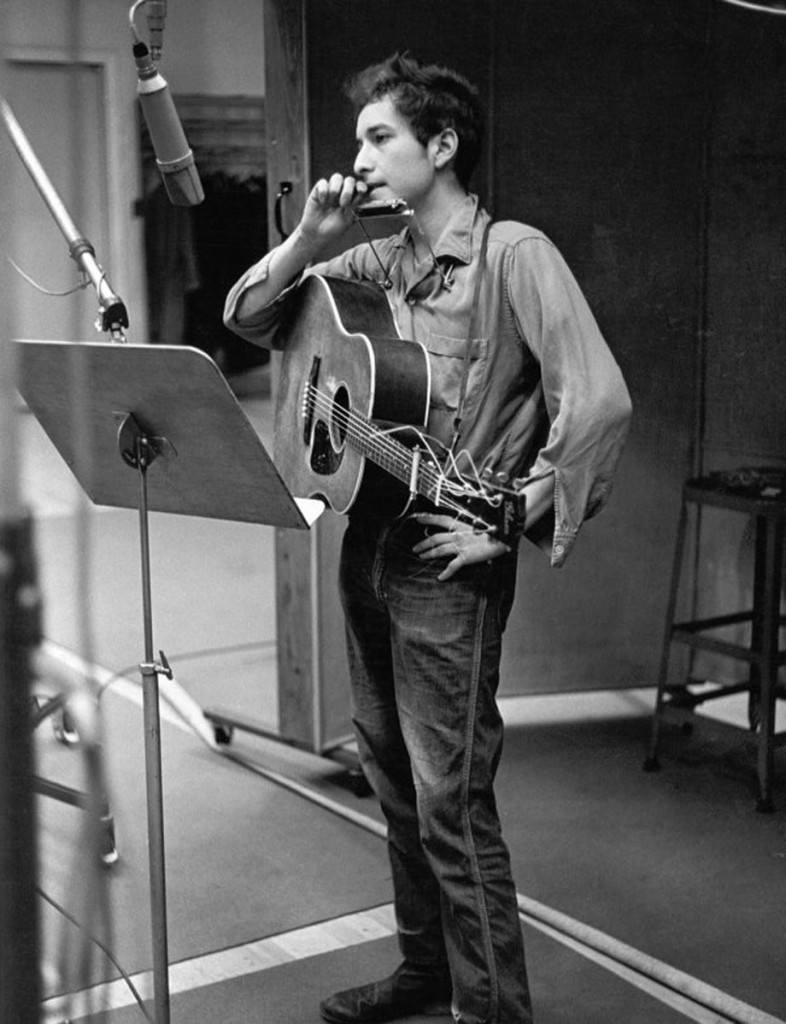 Not much to say to hype this really. You probably already know who Bob Dylan is (PeekYou profile here), and you’re probably somewhat acquainted with the idea of Sony. So, we’ll just get right to it and say that at the link here you’ll find a genuinely clever and entertaining interactive video created by Sony to promote the new 40-something CD Bob Dylan box set. Highly recommended.
Bob Dylan Like a Rolling Stone Music Sony
Comments