Will The Walking Dead End With Season 9?

It’s hard to imagine AMC’s The Walking Dead without its steadfast protagonist Rick Grimes, but fans may soon have to get used to the idea, as a new report claims Andrew Lincoln will be leaving the show in season 9. Rick is one of the last few remaining characters from The Walking Dead season 1, and the most recent season of the show dramatically killed off his son, Carl Grimes, who had long been considered “safe.” The report also claims that Norman Reedus, who plays Daryl Dixon, will see a pay rise as he take over as the show’s lead, so it’s pretty safe to assume that AMC has plans for season 10 and beyond… but should the writers be thinking about wrapping things up instead? END_OF_DOCUMENT_TOKEN_TO_BE_REPLACED

In “Are You Freakin’ Kidding Me” News, We Now Know Rick Won’t Make It Out of The Walking Dead Alive

I’m trying not to feel personally victimized by Robert Kirkman this week, but he’s making it really hard. First, he teases a big crossover episode between The Walking Dead and Fear the Walking Dead but gives very little detail about how the whole scenario is actually going to work. END_OF_DOCUMENT_TOKEN_TO_BE_REPLACED

Several of Yeun’s former costars were there to watch him tie the knot, including Andrew Lincoln and Sarah Wayne Callies.

Callies took to Instagram to share a photo of herself with Lincoln’s wife Gael Anderson just before the ceremony.

Several of Yeun’s former costars were there to watch him tie the knot, including Andrew Lincoln and Sarah Wayne Callies.

Callies took to Instagram to share a photo of herself with Lincoln’s wife Gael Anderson just before the ceremony.

And while Yeun posted a photo of his wife…

The Walking Dead: Is Rick Grimes A Hero Or A Villain?

The Walking Dead has become one of the most-watched shows in cable history, and much of that is due to the incredible story of main character, Rick Grimes.

Robert Kirkman created Rick, and the entire Walking Dead universe, when he debuted The Walking Dead comic series in 2003. Andrew Lincoln was cast as the character when the show began in 2010, and is now one of the most recognizable stars on the planet.

While fans have become obsessed with the complicated character, many regard him the hero of the show. While he’s the protagonist in the series, and definitely the focal point, can you really call Rick a hero?

Sure, Rick has helped — even saved — the people in his group. He has kept them alive for the last seven seasons, and that’s not an easy feat. However, some of the biggest villains in history — both real and fictional — have had negative impacts on their worlds by trying to do the same things.

To keep an example in house, let’s look at The Governor.

The man was insane, no one would question that, but everything he did was designed to protect his people. At first, it was his daughter. Then, it became the people of Woodbury.

Remember when he and Merle killed all of those soldiers, just in case they wouldn’t go along with his way of thinking? The soldiers had supplies that Woodbury needed, and The Governor deemed his community more important than their lives.

Why is Rick’s handling of the Saviors at the satellite station any different?

Rick believed these men would be a problem for his people, so he decided to massacre an entire group of people. His intentions were good, but for who? They certainly weren’t good for those he killed in the compound.

What about, in season two, when Rick killed two men in a bar? They could have been dangerous — they probably were — but Rick had no basis for this. He didn’t think his people would survive if these two lived a second longer, so he killed them. He even put one a young man through torture, just to try and keep him from telling anyone where the farm was.

You want to keep your people secure, that’s a worthy cause, but there were other ways out of that scenario that didn’t cost anyone their lives. Once again, Rick took things into his own hands, and it didn’t turn out well.

The decision in the bar, and the capture of the boy, was the straw that broke Shane’s sanity. You could also argue that these events led to the death of Dale at the end of season two.

One might say that these actions are a product of the world Rick lives in,… 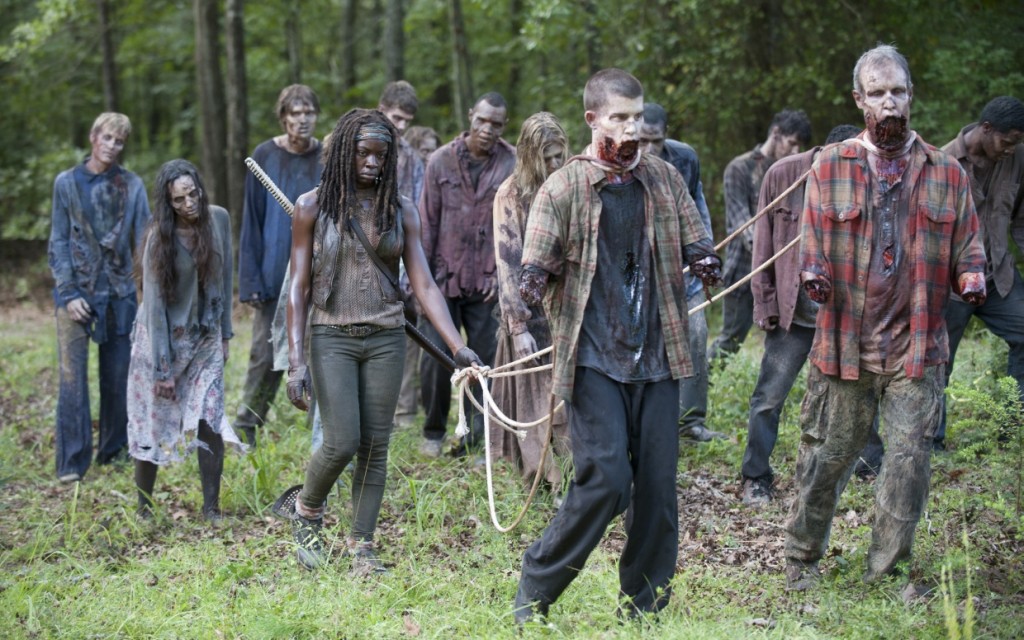 You’ve waited months for this day to come, and finally tonight (Sunday) AMC‘s outrageously popular The Walking Dead returns for its fifth season.