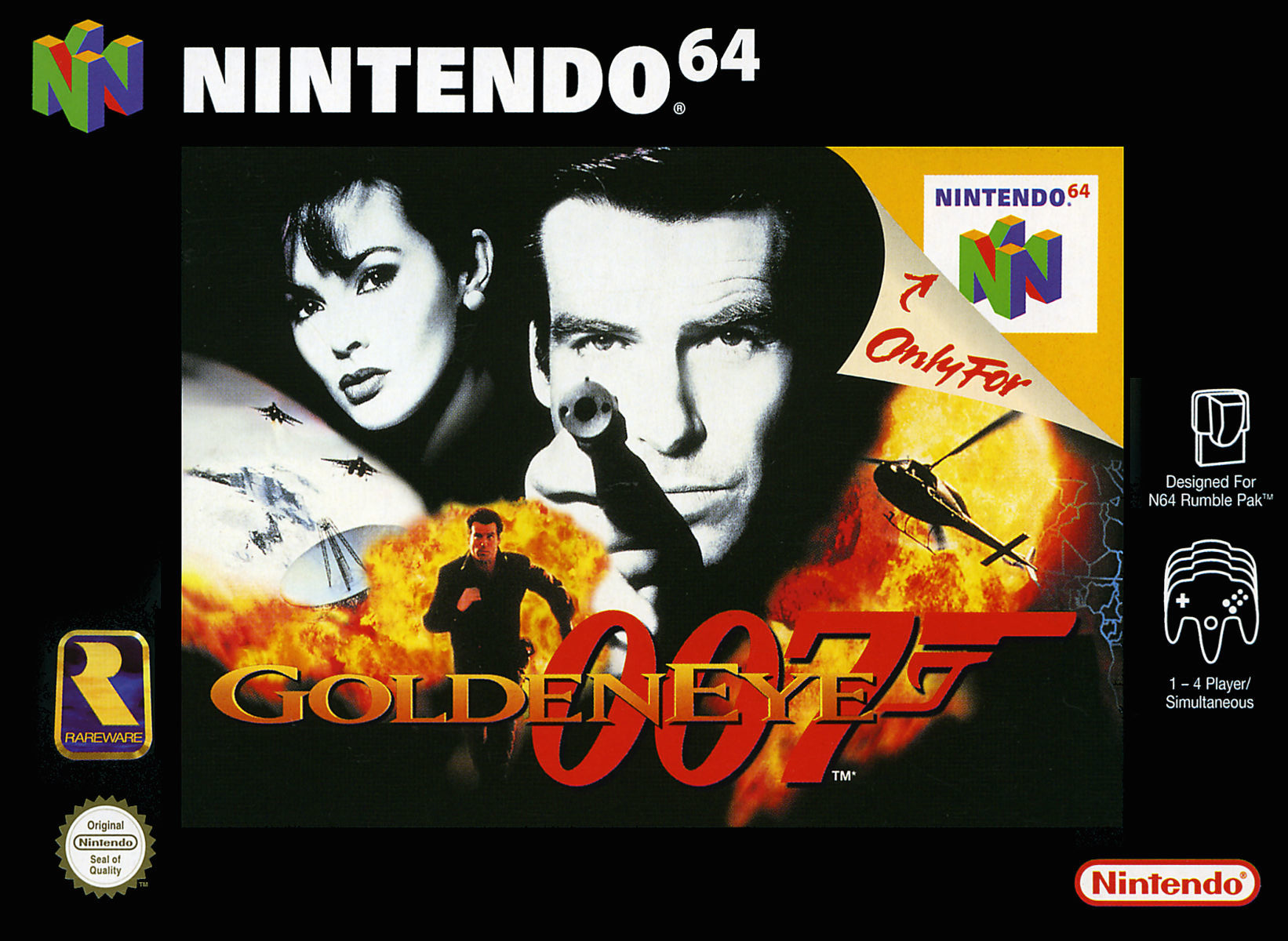 While he had him there, Jimmy decided to seize upon the opportunity to act out what he claimed was a childhood (or “college age”) dream, competing against Brosnan in the multiplayer mode of the 1997, Bond-based Nintendo 64 game, GoldenEye 007.

Brosnan had literally nothing to do with the game, of course, apart from his face being on the box, and says that he had only played it once before. Accordingly, he did not fare so well against Jimmy.

As an aside, unlike most games based on film licenses, GoldenEye 007 has always been incredibly well regarded. To this day, it can frequently be found toward the upper-rankings of various “best video games of all time” type lists.

Check out the clip for yourself below, and then dig deeper into the lives of Jimmy and Pierce by clicking their highlighted names above.