Is TV a Big Deal?! The ’67th Annual Emmy Awards’ Sure think So (UPDATED) 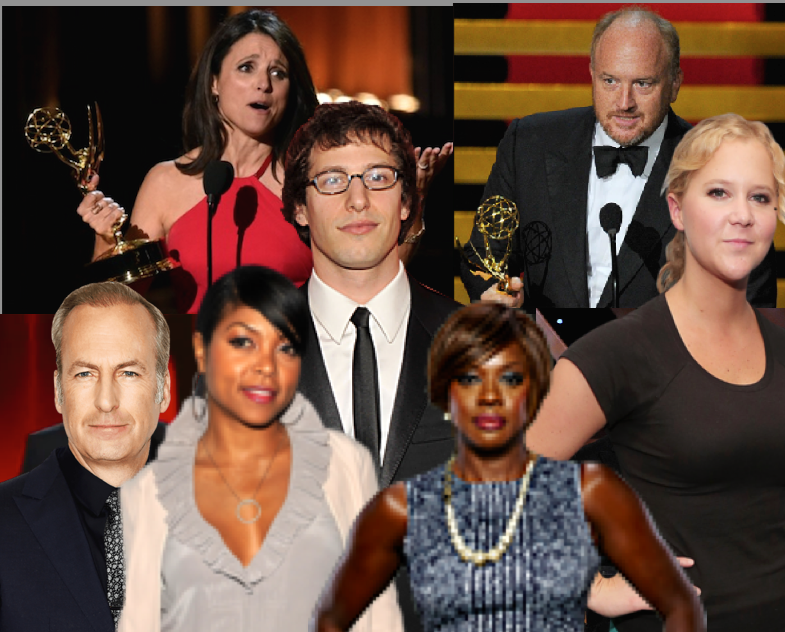 If you work in and/or around the television industry, then tonight is very likely THE big night for you.

(PLEASE NOTE: Most of this entry was written on Sunday afternoon prior to the broadcast. Some asides and clips — most notably a list of the winners — have been added on Monday morning.)

Even we mere mortals who just sit in front of our boob tubes slackjawed like a bunch of chumps consider it one heck of an occasion, as tonight — of all nights — TELEVISION HONORS ITSELF (as who else is more up to the task?) with what will be its 67th Primetime Emmy Awards.

Television’s elite are already arriving today at Los Angeles’ Microsoft Theater as we type this, during what is apparently one scorcher of an afternoon — weather-wise — in the City of Angels. We do hope the stars of all those dramas, comedies, and miniseries keep themselves out of the sun’s harmful rays.

We, however, will have no shelter from the mighty luminescence of all that collected star-power as our televisions bombard us, while we sit enraptured by tonight’s broadcast.

Or, I suppose you could skip it, maybe find a good movie on Netflix, or spend some time with your kids, or read a book, and then catch up with the winners — if you’re really at all curious — in tomorrow’s paper (or even here at the PeekYou blog).

But we say pshaw to such thinking. PSHAW!

Either way, all of TV’s biggest stars will be in that danged theatre and a bunch of them are going to win (and, we’re sorry we must add, a bunch are going to lose) awards for their efforts performing in and around TV and its assorted productions.

Tonight’s awards will kick off at 5pm PT — or 8pm ET — tonight on Fox. SNL alum and Brooklyn Nine-Nine star Andy Samberg will be overseeing the evening’s festivities. His Lonely Island comedy troupe, and their trademark — and often hilarious, and invariably viral — short films are sure to be appearing throughout the broadcast.

Twitter’s #AskHerMore campaign — urging reporters to ask female celebrities red carpet questions less inane than “Who are you wearing?” — will be back in force, this time with a new spin courtesy of Amy Poehler’s Smart Girls organization.

A bunch of boring technical things are different this year in how the voting is being done, we believe. We’re sure the WikiPedia entry can help you out there, if you’re curious.

Below is a highlighted list of the categories we suspect you’ll find most interesting. A full list of nominees, however, if you’re feeling very thorough about things, can be found here.

UPDATED Before getting to the noms and winners below, here is the broadcast’s opening number:

And perhaps the night’t most moving moment, and biggest surprise, was the final award presentation by comedian Tracy Morgan; making one of his first public appearances since a near fatal car crash in June of 2014:

Here are the nominees, NOW UPDATED TO INDICATE WINNERS (remember, clicking the highlighted words in this entry will navigate you to other areas of the Internet, usually on PeekYou, an enormously useful site by the way, where you can learn more about the corresponding topic)…

(It seems of those roasted during the broadcast’s numerous moments of banter, none got it worse — quite predictably — than current GOP presidential frontrunner Donald Trump. You read an overview of some of the worst jabs directed at The Donald here.) 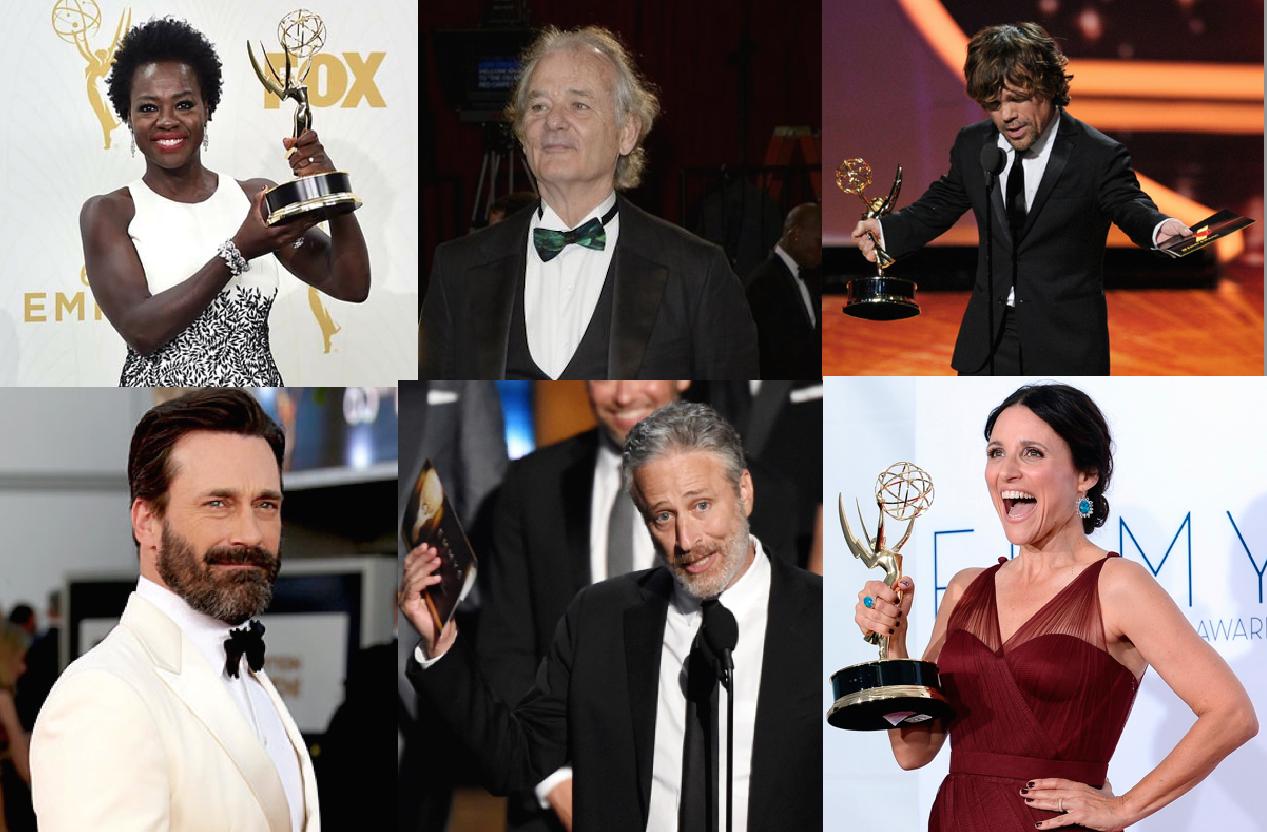