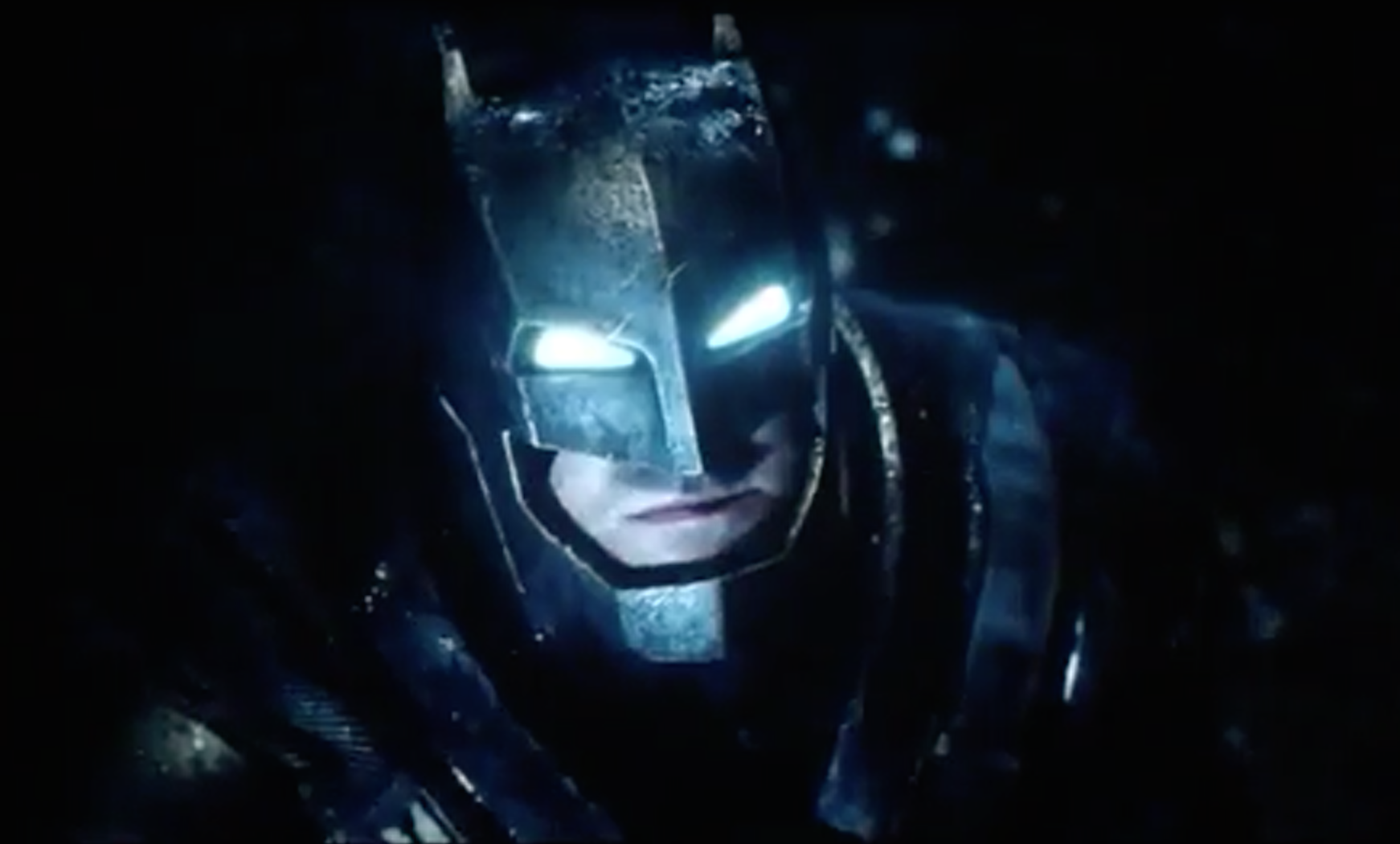 Fans have been waiting a long while now, but on April 20 folks will finally get to see the first trailer for next year’s Batman v Superman: Dawn of Justice.

UPDATE – 4/16/15: The trailer leaked online, so Warners released it ahead of schedule. Check it out here:

On Wednesday night, director Zack Snyder tweeted of an occasion which will give at least a lucky few their first true glimpse of this impossibly hyped feature.

Next Monday (4/20, as mentioned above) an IMAX event — highlighting the trailer — will be held in theaters throughout the U.S. There’s no word yet on whether or not there will be a simultaneous (or soon thereafter) online premiere of the trailer. In the meantime, however, an ever-so-brief teaser can be peeped on Snyder’s Twitter here.

If you’ve not been keeping up, Batman v Superman is the second flick in a planned series of movies, creating for DC Comics‘ stable of superhero properties an expanded cinematic universe along the lines of the one Disney has created with Marvel ; an unprecedented bet which has grossed literal billions of dollars for the studio.

A recap of the proposed slate of DC releases runs as follow:

So many superheroes. Yikes! But, folks seems to dig it… At least for now. Let’s hope they still do five years from now.

Clicking on the highlighted names above will lead you to the corresponding individual’s PeekYou profile, where you’ll find tons of links to tons of awesome things relating to that person’s life and career.