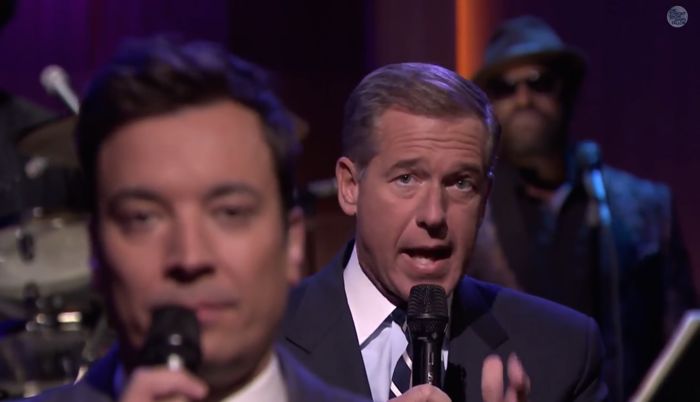 On December 2, 2004, Brian Williams took the reins as anchor of NBC Nightly News. On Tuesday’s Tonight Show, to mark the auspicious occasion, Jimmy brought Bri out to do what he does best; slow jam.

Two weeks out from President Obama signing his executive order on immigration reform, Jimmy brought the now veteran anchor out to report on the still hot story… slow jam-style; with a soulful assist from The Roots, naturally.

The double entendres laden bit is, of course, going viral today, as most things from last night’s Tonight Show — whatever “last night” was — seem to do.

Highlights include a “Nicki Minaj break,” a theatrical disagreement, and an eventual and inevitable reconciliation.

Brian’s been the subject of many Tonight Show bits before, both actively and inadvertently, so truly there is no more fitting way for the respected anchor, with the unlikely comic sensibility, to mark his decade in the anchor chair. Clicking the highlighted names above will lead you to tons more of both Brian and Jimmy.