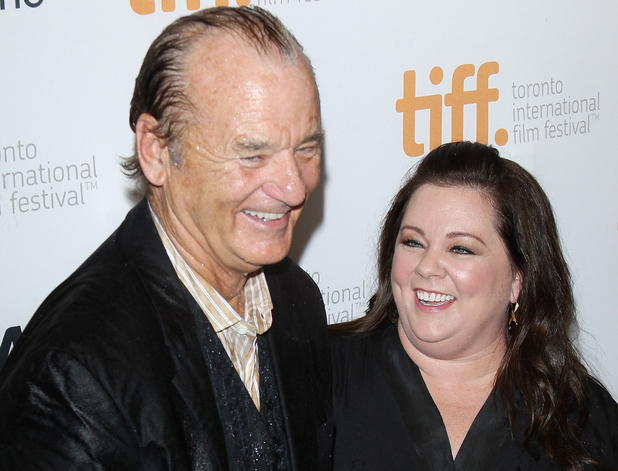 Comedy superstar, Bill Murray, has chimed in on who he thinks should star in the rumored, all-female Ghostbusters flick.

As had been reported a couple of weeks ago, Bridesmaids director, Paul Feig, is in talks to direct what’s variously been described as a reboot of and/or a third installment of 1984’s paranormal comedy classic, Ghostbusters.

Huff Post is calling it Ghostbusters III here, but we’ve also seen it be described as a reboot.

Regardless, a new Ghostbusters seems to be in the works, and it’s said to be most likely starring women. In a recent interview with the Toronto Star, Murray was asked about whom he’d like to see in such a film, and he seized upon the opportunity to praise some of the funniest female actors in Hollywood.

First, he mentioned Melissa McCarthy, his co-star in the upcoming St. Vincent. “Melissa would be a spectacular Ghostbuster,” he opined.

Murray continued, “And Kristen Wiig is so funny — God, she’s funny! I like this girl Linda Cardellini (“Mad Men”) a lot. And Emma Stone is funny. There are some funny girls out there.”

We couldn’t agree more, and could easily list another couple dozen off the tops of our heads.

Clicking the highlighted names above will navigate you to other areas of PeekYou from where you can further explore all things Ghostbusters, Bill Murray, and Melissa McCarthy related (and much, much more).