WrestleMania 31, and the Biggest WWE Superstars in Cyberspace 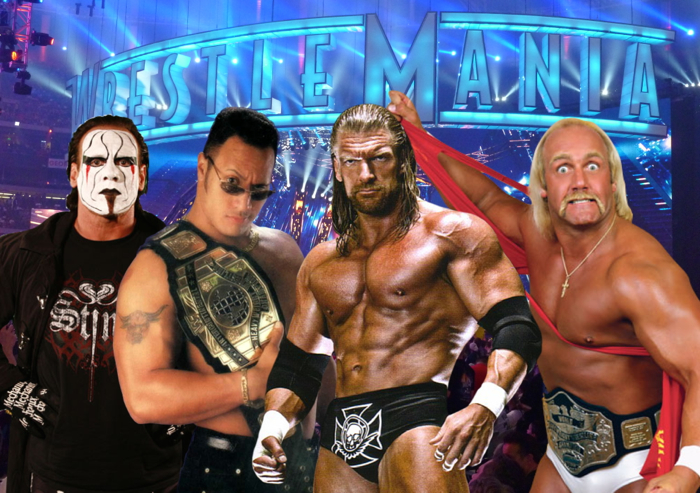 Those of us old enough to remember, and silly enough in our youths to have cared at the time, can barely believe its been 31 years since Vince McMahon first thrust upon the world Wrestlemania; his WWE‘s (then WWF’s) pay-per-view bonanza, “pro-wrestling Super Bowl,” and spectacle to end all spectacles.

It’s that time of year again, and we’re marking Sunday’s WrestleMania 31 — and the star-studded weekend surrounding it, at San Francisco’s Levi’s Stadium — with this PeekScore list.

Not featured on the below list, but surely generating excitement today is 56-year old Sting; who will be wrestling McMahon’s son-in-law, and WWE head creative honcho, Triple H on Sunday. Sting (or Steve Borden, to his family) is probably the most famous wrestler of the WrestleMania era to have never appeared at the big event.

As always with these lists, we note that we’re not comparing ring skills, nor are we assessing levels of fame in the world at large. This is a comparison of the sizes of the various digital footprints of these burly sports entertainers, and the lasting impacts they’ve made — either directly or passively — on the Web.

Clicking on the items in the list below will lead you the corresponding grappler’s PeekYou profile; where you’ll find links to social profiles, home pages, fan sites, videos, photos, and much more.