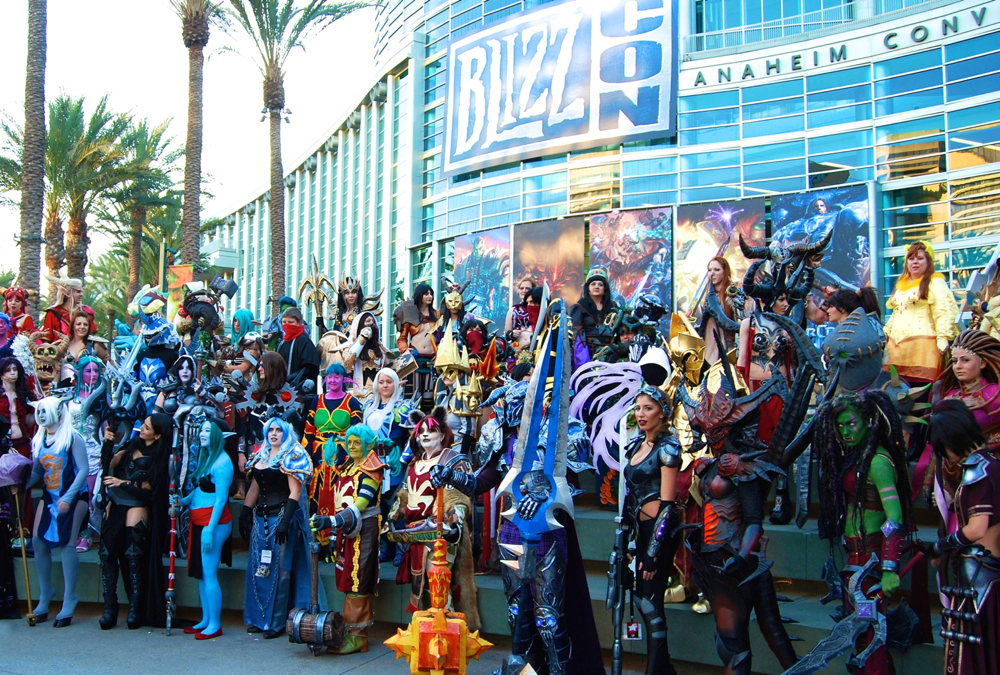 One of the top trending topics throughout the Web this weekend has been BlizzCon.

The event in question is one of those things you either know and care about, know about but would just as soon not, or — as is likely the case with most people — honesty aren’t even curious about (and those in that last bunch have probably already stopped reading).

We most closely fall in with the second group detailed above, but will still happily ride the coattails of this buzz.

BlizzCon is an annual two-day convention hosted by American video game developer Blizzard Entertainment. The event celebrates and caters to the devotees of the company’s major game franchises; StarCraft, Diablo, and most notably the “massively multiplayer online role-playing game,” World of Warcraft.

While you may be yawning, or scratching your head (or in fairness, conversely, sweating and pumping your fists), at the mention of such things, the event is not insignificant; hosting in excess of 20,000 fans, which at $175 a pass ain’t nothing to sneeze at, and normally featuring numerous celebrity guests (and attendees). For example, this year, Metallica is playing the thing.

To learn more about Blizzard you could do a lot worse than visiting the PeekYou profile of the company’s co-founder and CEO, Mike Morhaime (accessible by clicking his highlighted name); there you’ll find links to interviews, videos, social pages, websites, Wikis, and more, which can maybe help acquaint you with this thing that some people care a whole lot about.

For a comprehensive overview of this year’s BlizzCon specifically, GameSpot.com has provided a pretty terrific “everything you need to know” type dealie, rounding up all the latest on Heroes of the Storm, Overwatch, Starcrart, and such and such, here.

And below, the classic 2006 episode of South Park, “Make Love, Not Warcraft.”