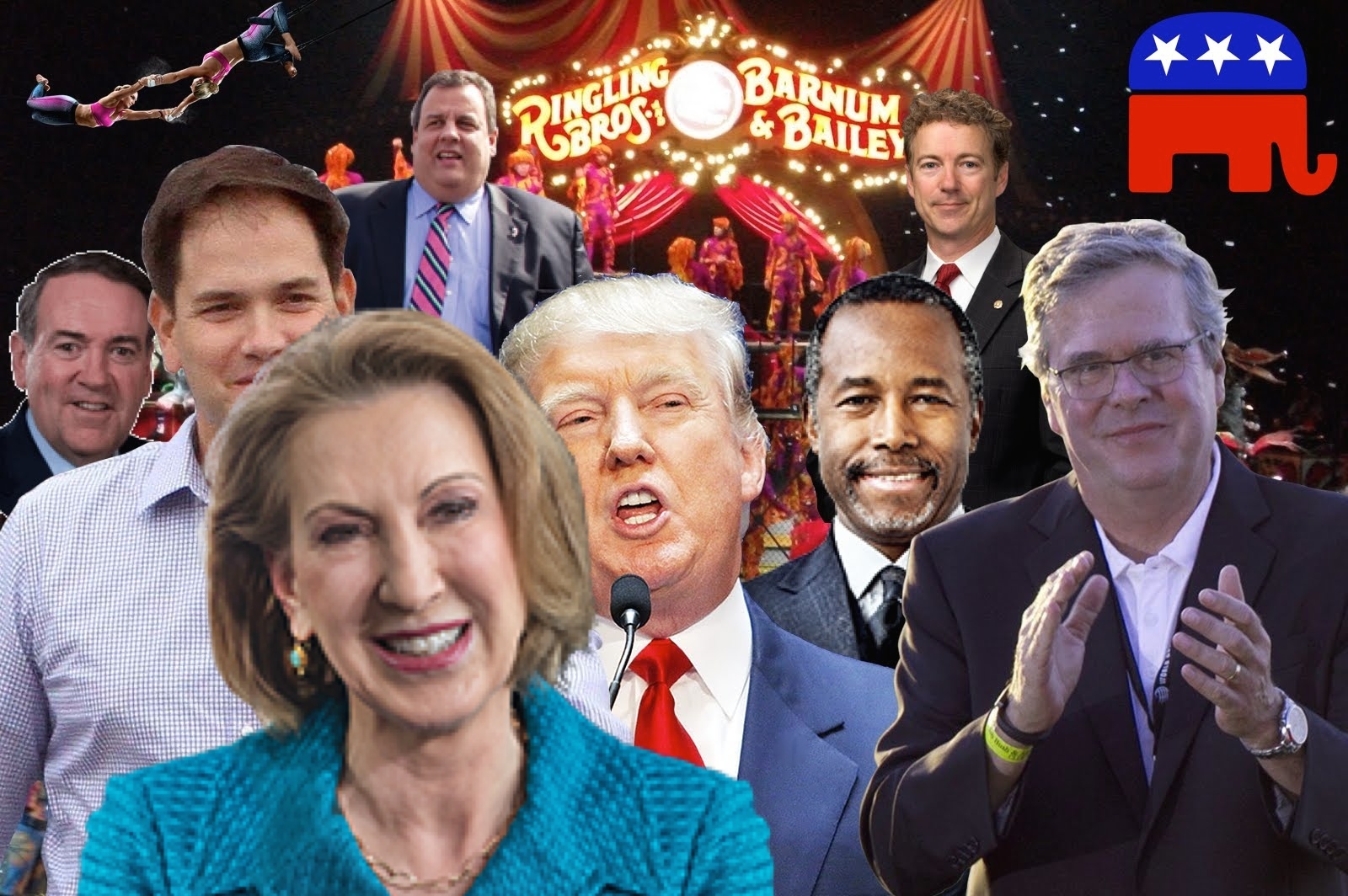 Carly Fiorina shot into second place in the Republican presidential field on the heels of another strong debate performance, and Donald Trump has lost some support, a new national CNN/ORC poll shows.

The survey, conducted in the three days after 23 million people tuned in to Wednesday night’s GOP debate on CNN, shows that Trump is still the party’s front-runner with 24% support. That, though, is an 8 percentage point decrease from earlier in the month when a similar poll had him at 32%.

Fiorina ranks second with 15% support — up from 3% in early September. She’s just ahead of Ben Carson’s 14%, though Carson’s support has also declined from 19% in the previous poll.

Driving Trump’s drop and Fiorina’s rise: a debate in which 31% of Republicans who watched said Trump was the loser, and 52% identified Fiorina as the winner.

(The remainder of this entry was written on September 17, 2015, with the above simply being a relevant update.)

As with the first debate events, which took place at the start of August, a debate for second-tier candidates (those whose poll numbers were considered too low) was broadcast earlier in the day as a sort of opening act, or undercard. A main stage, prime-time debate (what some might have called “the real debate”) then followed, featuring the most popular candidates.

(ALSO: Be sure to check out our previous coverage of this already exciting election season in our many prior entries here).)

The big difference in the “Main Event” debate — for top-tier candidates — this time around was the promotion of former Hewlett-Packard CEO, and presidential hopeful, Carly Fiorina (whose PeekYou profile you can visit by clicking her highlighted name here) to the prime-time, “big stage” debate; no longer relegated to the so-called “kiddie table,” second-tier event.

Many are arguing that she made the most of her time in the spotlight — where her poll numbers prior to yesterday only found her making it into the main debate at all by the skin of her teeth — with a lot of buzz this morning saying she won the whole shebang.

Fiorina’s biggest victories often seemed to come from how she presented herself rather than from her policy positions or specific responses. Whatever your feelings on her politics (and we stress that PeekYou’s political views are all over the map), she was the most prepared, polished, confident, and dare we even suggest “presidential” candidate on that stage.

Her most significant victory, however, perhaps came from her role in the evening’s main theme; the group effort of all the candidates to once and for all discredit current frontrunner, Donald Trump as a legitimate candidate for the presidency.

As one of the three candidates on stage from the private sector, and the only other one from the world of business, she was especially effective in attacking Trump’s frankly well-recorded and widely reported, and decades-long record as a failed businessperson.

Fiorina’s strongest moment of all, though, came when she was called upon to respond to a characteristically classy remark The Donald had earlier made about her face in Rolling Stone magazine:

Responding, with nary a shred of drama and to a round of applause, “Women all over this country heard very clearly what Mr. Trump said.” Trump — with his response feeling a bit too little, too late — added, “she’s got a beautiful face and she’s a beautiful woman.”

Quick Disclaimer: As is probably the case in most workplaces throughout the country, the political inclinations of the PeekYou staff run the gamut. The rankings below, for example, are entirely objective and impartial, and all comments made in our political articles try to take an even hand — even when being satirical. While we may seem to make a little more fun of Mr. Trump than the average candidate, we believe we do so in the spirit of Mr. Trump himself, and it is owing to the unusual nature of his celebrity and his candidacy. We are quite decidedly neither for nor against any candidate.