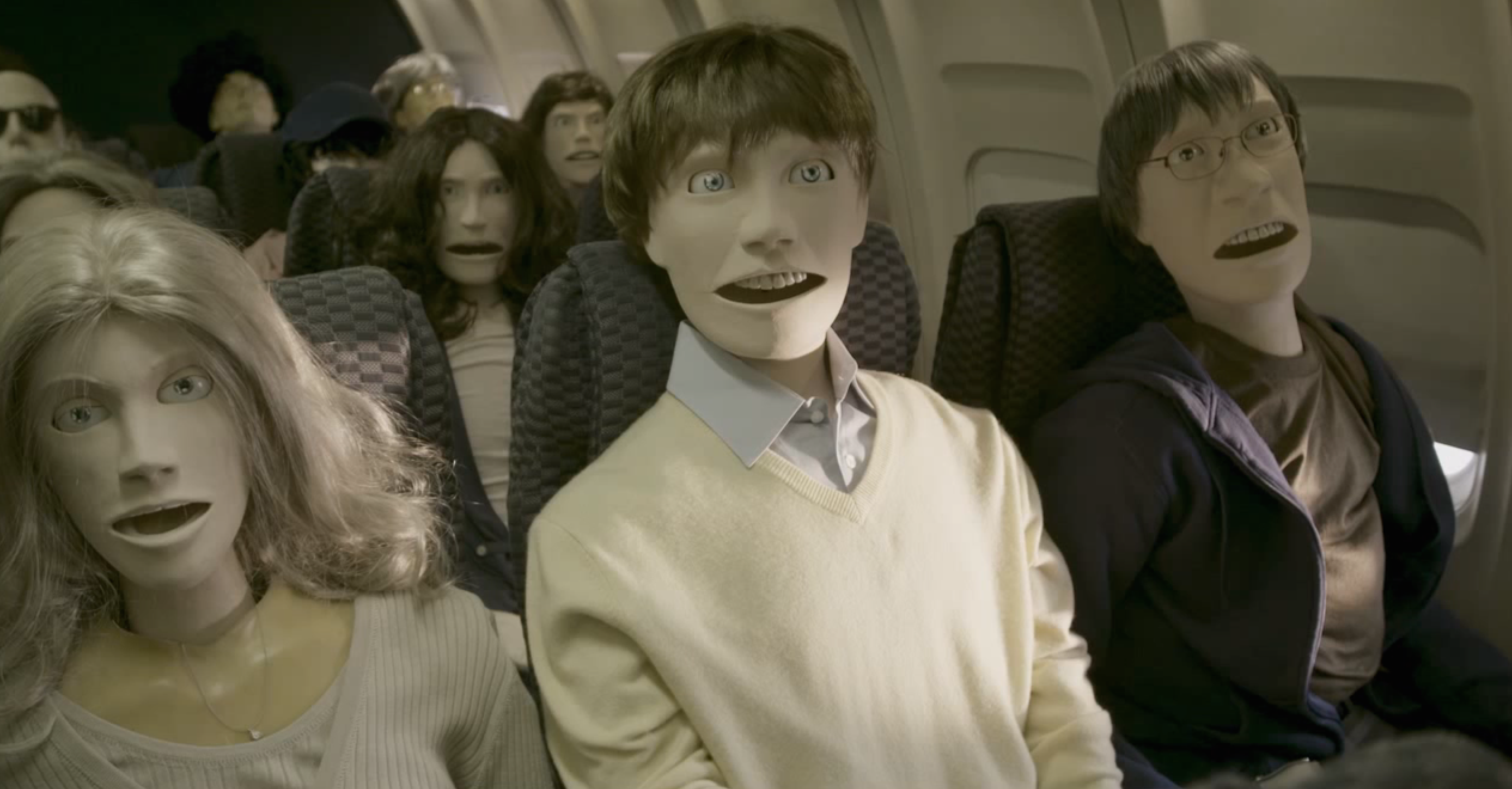 In Virgin Atlantic Airlines brilliant, inventive, and slightly mad new viral video, they allow you to “Witness the harsh reality of nearly six hours of flying at its worst, from takeoff to landing.”

The video is part of an entire campaign promoting the fictional — but plausible — BLAH Airlines; an amalgam of all airlines (the implication being all airlines that aren’t Virgin) who provide flyers with a drab and stultifying travel experience.

The video it must also be noted, is not a summary or approximation, it is indeed nearly six-full-hours in length. Six hours of mannequins on a plane (oh yes, forgot to mention that bit) with all the theoretically soul-crushingly boring and aggravating sights and sounds of a trans-continental flight in coach.

The ad agency Eleven, in San Francisco, devised the campaign, and it’s a fairly bold one as one of its components will find the clip running as a pre-roll on YouTube videos; able to be skipped after five seconds, but it’s still bound to annoy those whose attentions drift (not, of course, necessarily a bad thing).

“The passengers have no choice but to be on ‘autopilot’ to get through the tedious journey,” says Virgin. “Just trying to watch the video is downright painful—and that’s the point. If you wouldn’t sit through the entire film, why would you pay money to experience it in real life?”

If you are one of those inclined to sit through the entire film, you can do so below; or, perhaps like us, you’ll just skim through it (highly recommended, actually).

And to tie this in more fully with PeekYou, you can explore the robust online existence of Virgin‘s founder, Sir Richard Branson by clicking the highlighted text here