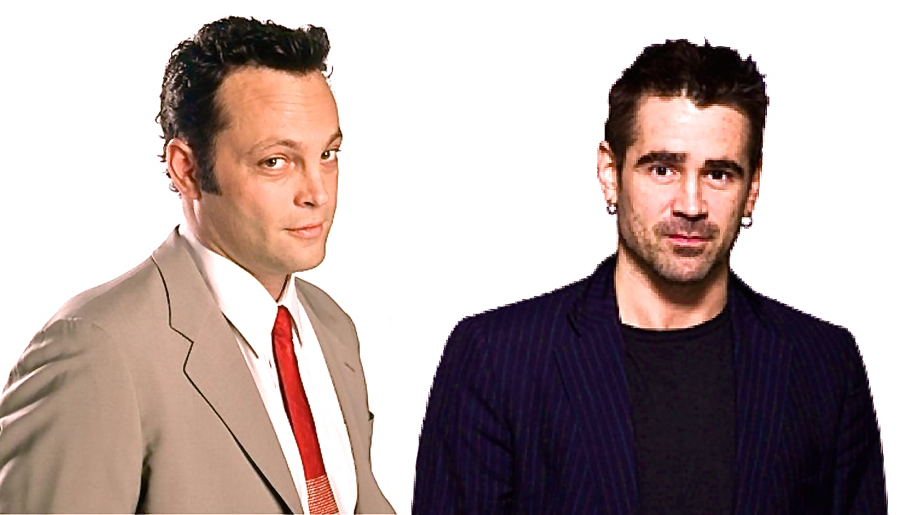 After a few weeks of rumor and speculation, HBO has confirmed two of the four actors who will be heading up the cast of season two of their critically praised True Detective series.

The season, which will be eight episodes long, will star Vince Vaughn and Colin Farrell.

The season’s storyline is said to be revolving around four cops, one played by Farrell, working with a criminal, played by Vaughn.

Vaughn’s character is Frank Semyon, a life-long criminal trying to go straight. Farrell will play a detective contending with both a corrupt police force and the mob. We don’t know much else, but we guess that it will be gritty and philosophical. We’re less certain as to whether or not it will be any good.

Series creator Nic Pizzolatto is writing again, and we suspect he’ll once more make subtle nods to genre writers — such as Alan Moore, Grant Morrison, and Thomas Ligotti* — as he did with the series’ first, bleak and existentialist season. That season, which starred Woody Harrelson and Matthew McConaughey, was a critical and ratings smash for the network.

According to Variety, HBO‘s president of programming, Michael Lombardo, told a conference crowd in Scotland that the upcoming season “won’t be quite as dark as the first.” Being careful to assure, however, “Nic explores the darkness in people’s souls… It’s not as dark, but it’s not a light ride. Nic likes looking into the crevices of the soul.”

*UPDATED FOOTNOTE: Since posting the above, this very matter has begun to trend, as you can read about here.

UPDATE: Mashable writes about what they perceive to be an internet-wide backlash to this casting here.

Clicking all highlighted names above will navigate you to other areas of PeekYou from where these fine thespians’ lives and careers can be explored via the very best of what the Web has to offer.