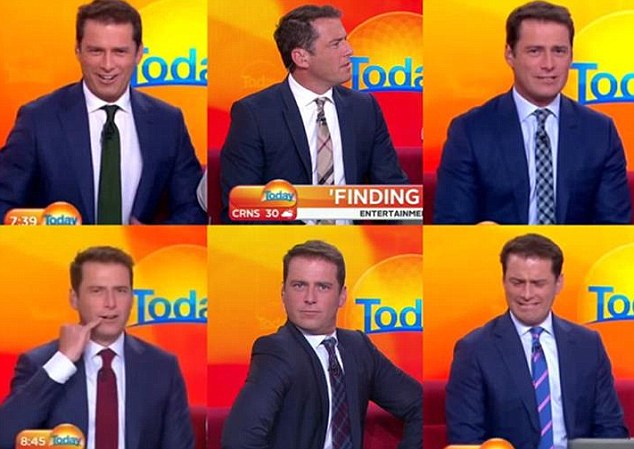 Karl Stefanovic, a TV presenter on the Australian morning program, Today, has been making global headlines for his year-long fashion experiment; designed to shed light on a massive double standard.

The 40-year old presenter has explained that he was concerned about the amount of criticism women, specifically his co-host Lisa Wilkinson, endure for the clothing they wear. Certain that men are subjected to nowhere near the same level of scrutiny for their wardrobe as women, Stefanovic decided to wear the exact same imitation Burberry suit on the air, day in and day out, for one full year. Virtually no one noticed.

Stefanovic was quoted in The Sydney Morning Herald as saying, “No one has noticed; no one gives a [EXPLETIVE].”

But it’s probably best not to dwell on that. Stefanovic does, after all, have a point.

In addressing the general lack of notice he received for his choices, Stefanovic said, “Women, they wear the wrong color and they get pulled up. They say the wrong thing and there’s thousands of tweets written about them.” Adding, “Women are judged much more harshly and keenly for what they do, what they say and what they wear.”

On the air he revealed his stunt, proclaiming, “I’ve worn the same suit on air for a year – except for a couple of times because of circumstance – to make a point.” Continuing, “I’m judged on my interviews, my appalling sense of humor – on how I do my job, basically. Whereas women are quite often judged on what they’re wearing or how their hair is.”

Well played, Mr. Stefanovic. Daily Mail goes into all of this here.

The below video summarizes the monochromatic activism rather effectively.