The Ultimate Warrior, Dead at 54 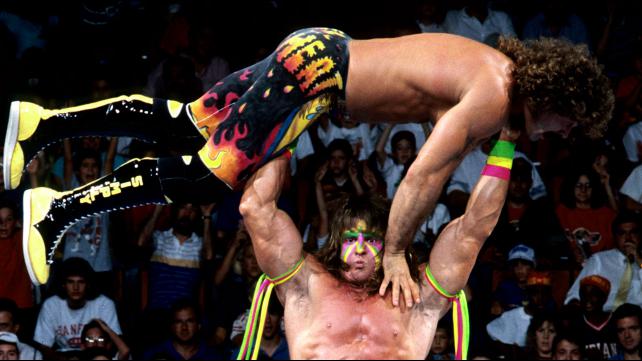 At the time of this writing, details on the death of Warrior (to which he legally changed his name in 1993) are few. WWE — with which Warrior had just begun to associate again, after an 18 year estrangement — released the below statement on its website:

WWE is shocked and deeply saddened to learn of the passing of one of the most iconic WWE Superstars ever, The Ultimate Warrior.

Warrior began his WWE career in 1987 and quickly went on to become one of the biggest stars in WWE history. Warrior became WWE Champion at WrestleMania VI, defeating Hulk Hogan in an epic encounter.

We are grateful that just days ago, Warrior had the opportunity to take his rightful place in the WWE Hall of Fame and was also able to appear at WrestleMania 30 and Monday Night Raw to address his legions of fans.

Warrior was 54 and is survived by his wife Dana and his two daughters.

A controversial figure, an avid blogger and social networker, and outspoken individual of openly prejudiced views in more recent years, Warrior was all the same one of the biggest stars the business ever produced. We’ve included his speech from just this past Saturday’s WWE Hall of Fame induction below.