The Trailer for ‘Call Of Duty: Advanced Warfare’ Has Hit the Web (UPDATED)

The trailer for the hotly anticipated video game title, Call Of Duty: Advanced Warfare — which stars Kevin Spacey (PeekYou profile here) and is slated to hit stores in November — has been released ahead of schedule and the Web is chattering about it.

Updated 7/29/14: A new campaign trailer has hit the Web as of today, and you can check it out below.

And you can read about the various editions which will be available — such as the Atlas Limited Edition, Digital Pro Edition, and Atlas Pro Edition — here. 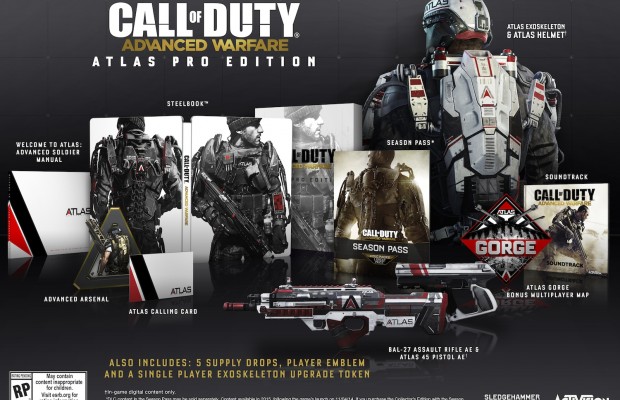 The trailer was supposed to go public on May 4th, but a leak prompted Activision, the game’s publisher, to push the release up to Friday morning.

This newest Duty has been developed by Sledgehammer Games. It’s not in continuity with the already existing Call Of Duty sub-franchises, such as Black Ops, Ghosts, or Modern Warfare; adding a fourth narrative thread to the massively successful umbrella title.

The game, set in a high-tech dystopia, like frankly most video game these days, or so it seems, stars Oscar winner Kevin Spacey as — at least judging from the trailer — a bad and dark dude who is not to be messed with. But, we’re just gleaning here.

Enjoy the trailer, and poke around the many corners of cyberspace where Mr. Spacey (cyberspacey?) and his presence can be felt and found — in the form of social pages, movies, fan pages, videos, photos, interviews, and much more — by visiting his PeekYou profile.