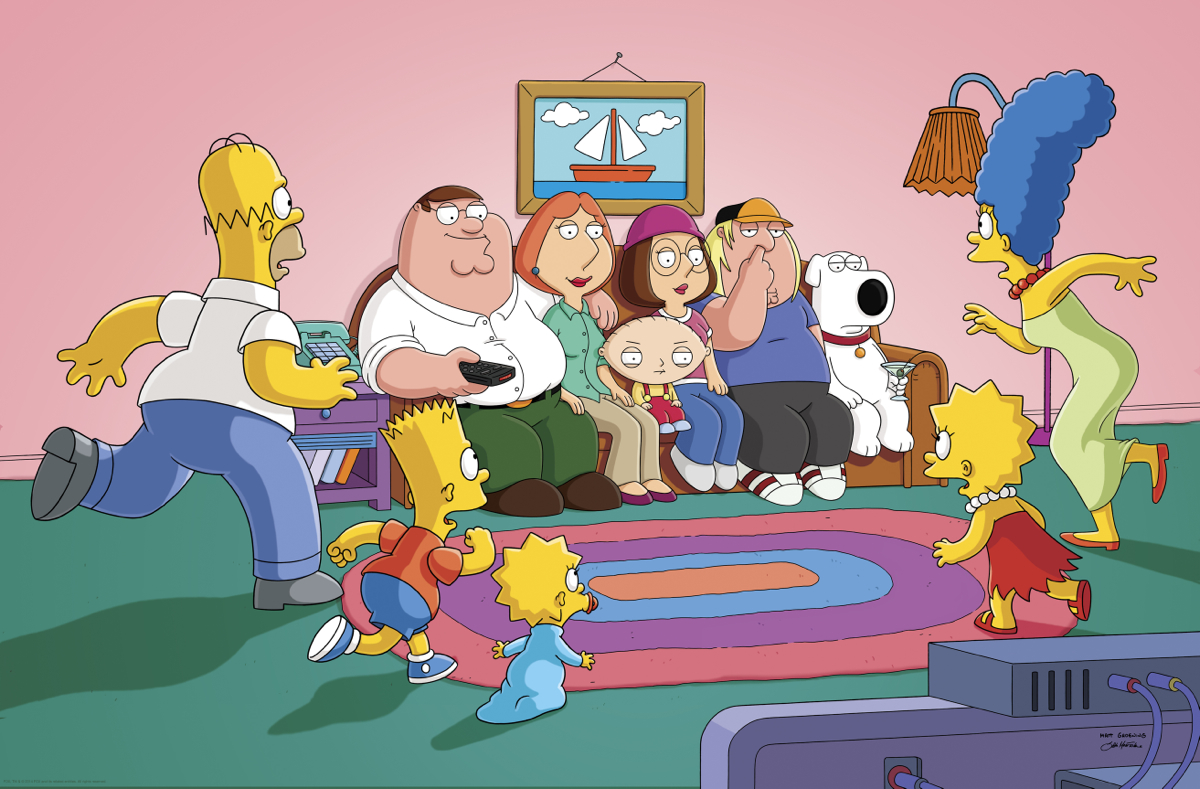 The two longest-running of Fox‘s animated series, The Simpsons and Family Guy — once regarded as somewhat contentious, accurately or not, but now all lovey-dovey — kicked off the 2014-15 season with a much-hyped crossover episode.

‘The Simpsons Guy,’ as the episode was titled, was actually an episode of Seth MacFarlane‘s Family Guy, now on its 13th season. The episode was a barrage of in-jokes and meta-text, cutting off at the pass each and every critique one could have of either program, or even the crossover itself, before anyone could get to utter them. As you’d expect, it was about the most self-referential thing ever made.

Entertainment Weekly analyzes things rather more intelligently than we could be bothered here.

The Simpsons‘ own season premiere was a great deal more modest, but did feature the somewhat hyped death of a character. We will forgo spoilers here, but assure you that you will be disappointed by the result (think Bleeding Gums Murphy-level, not Maude Flanders).

We adore The Simpsons, and think it’s astounding that it can still be pretty good 26 seasons in. We care less for Family Guy, but grudgingly admit that it certainly has its moments. The fact remains, in 2014, Bob’s Burgers is the best thing in not only Fox‘s Sunday night line-up, but on broadcast TV right now. That returns next Sunday, October 5th, and that’s what we’re excited about.