The Pop Star, the Baby, and the Dandelion 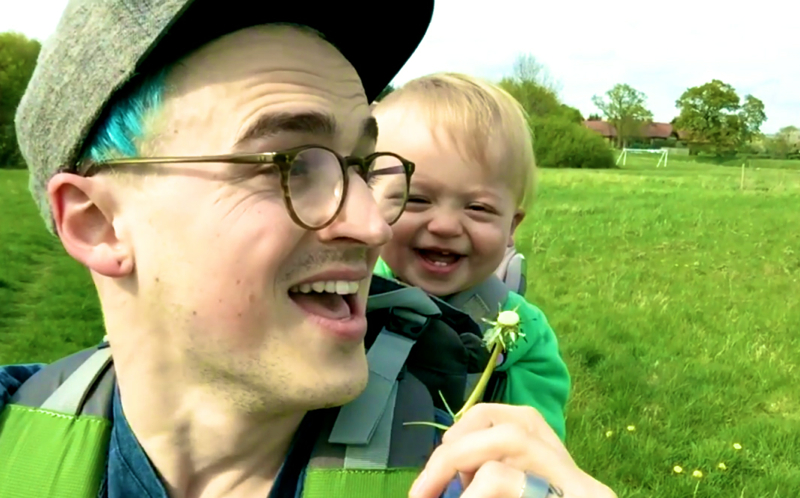 About a decade or so back, few bands were bigger in the U.K. — particularly with teenaged girls — than McFly.

They, along with their sister band Busted, ruled the charts with a series of shimmering, unabashedly pop hits that mixed boy band bounce with Warped Tour attitude (and a touch of a 60s Britpop sensibility for good measure).

These past two years McFly and 2/3 of Busted actually joined forces to become the supergroup McBusted. This newly configured act has been selling out arenas throughout the U.K.; even headlining London’s Hyde Park last summer.

McFly’s main songwriter, Tom Fletcher, is known back home for these associations and the over one dozen top 10 hits he’s either written or cowritten since his teens. But here in the states, he’s famous for one thing and one thing only… his viral videos.

At the start of 2013, he went massively viral with a video of his touching, musical wedding speech. A year later, he repeated the success with a music video portraying the progression of his wife Giovanna’s pregnancy — with their baby boy, Buzz — in time-lapse form.

While not specifically McFly/McBusted-related, both of those clips were musical in nature, and were fairly major productions of a sort. It seems, however, that he’s now achieved his third YouTube smash, and this time with a much more humble and simple affair.

The below clip is of Tom and his baby boy Buzz, who’s just over a year old. The two are taking a spring afternoon walk, and daddy shows Buzz his first dandelions. The rest explains itself, but we will insist that you’re kind of dead inside if you don’t enjoy it.

Tom’s various careers — on the British pop charts, on YouTube, and beyond (he’s also a successful children’s author, among other things) — can be explored by clicking his highlighted name above and visiting his PeekYou profile; where you’ll find links to the best of what the Web has of him on offer.