The PeekScores of the Super Bowl Champion New England Patriots 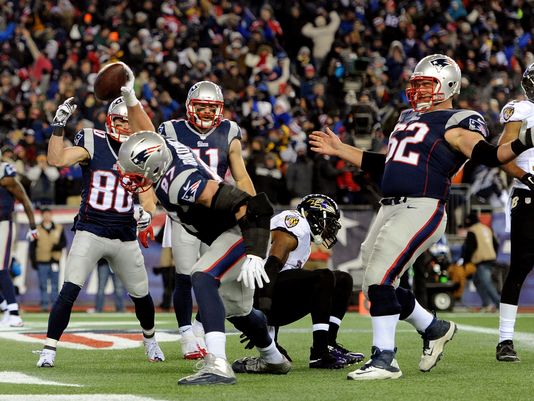 Coming back from a 10-point deficit in the fourth-quarter, the NFL‘s New England Patriots rallied to defeat the defending champs Seattle Seahawks, 28 to 24, at Sunday’s Super Bowl XLIX in Glendale, Arizona.

The win marks the fourth title for New England, led by quarterback Tom Brady and head coach Bill Belichick; the latter of whom has now tied with former Pittsburgh Steelers coach Chuck Noll as the coach with the most Super Bowl wins.

As we did with their opponents the other day, we’ve compiled a PeekScore list of the team members — including Brady and Belichick — who are currently making the biggest splashes here in cyberspace.

Clicking on the items in the list below will lead you to the corresponding player’s PeekYou profile, from where you can explore the best of what the Web holds of their lives and careers; including social pages, home pages, videos, photos, interviews, and much, much more.