Who are 5 Seconds of Summer? 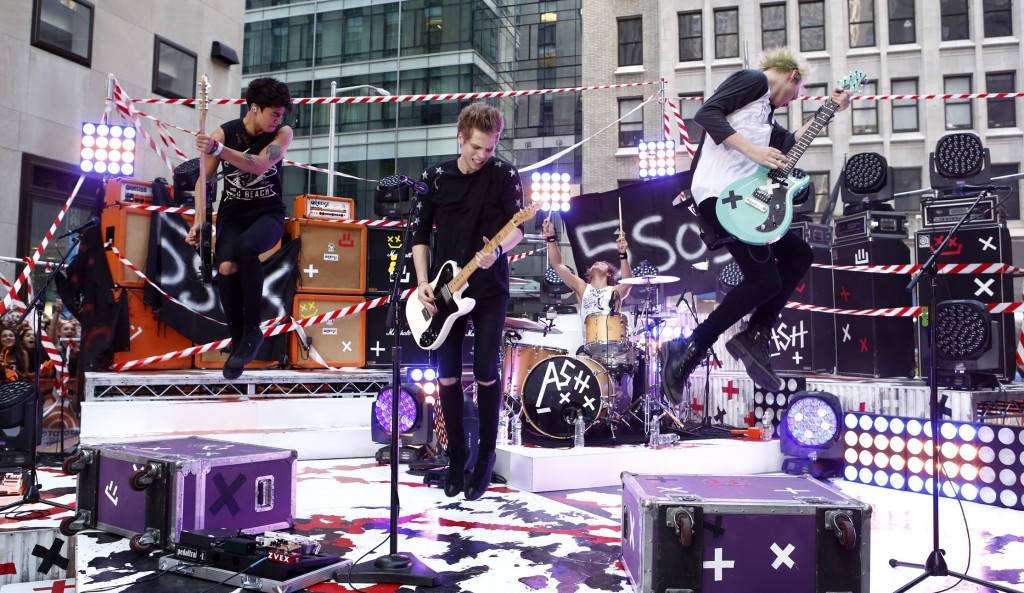 One of the more recent acts capturing youthful imaginations and adorning bedroom walls — in the seemingly endless line of attractive young men and women playing fun and catchy tunes for assembled, swooning throngs (which, our opening paragraph notwithstanding, we realize might also include boys) — is Aussie quartet 5 Seconds of Summer.

If you’re a parent of a young teen or tween, you may already be all too aware, but we’ll do our best to attempt a primer for the uninitiated or (blissfully?) unfamiliar.

More a proper rock band than a “boy band,” as they do play their own instruments, and to at least some degree write and arrange their own music, the bedrock of their following is the result of a self-initiated, viral buzz generated a couple of years back. They first gained attention in 2011, on YouTube, and at social media, with self-uploaded videos, such as a very popular clip of them covering Chris Brown and Justin Bieber’s “Next to You.”

The group’s notoriety has grown by leaps and bounds since those humble, early, viral days, as in this moment they sincerely challenge the world’s other pop idols for dominance. Each member individually has millions of followers on Twitter, and any number of arcane and/or cryptic fandom in-jokes will dominate the site’s trends at some point during any given day. Their debut album, which was released in June, sold 250,000 copies its first week; the kind of killer business hit records used to do. And, already a number of their singles have cracked the U.S. top 40, charting even higher in other parts of the world.

The boys will be bringing their catchy and likable guitar pop to ABC‘s Good Morning America on September 30, and NBC‘s The Tonight Show Starring Jimmy Fallon on October 2.

We’ve sorted out the four of them according to their PeekScores — measuring the various degrees to which each is prominent and making an impact in cyberspace — but unsurprisingly, the scores are fairly close. Clicking through the items on the list below will grant an opportunity to explore each member’s digital footprint, via social pages, videos, photos, articles, and much more.