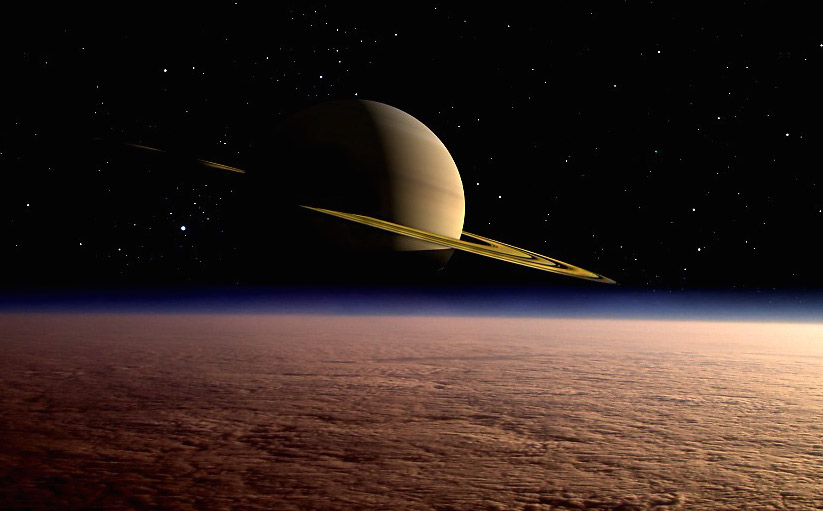 What some are calling a “magic” or “mysterious island” on the surface of Saturn’s largest moon, Titan, has scientists — and even more so we Internet folks who attempt to write about scientists — a bit confused.

Based on their analysis of data accumulated by NASA‘s Cassini space mission, scientists have observed a mysterious feature in a large sea, known as Ligeia Mare, upon the moon’s surface . This so-called “island” was first observed in Cassini images in July 2013.

For a time the feature vanished, but it reappeared in images shot by Cassini on August 21 of this year.

Saturn and its moons have been observed closely by the Cassini probe ever since it first made its way there in 2004. Geysers and a subsurface ocean on Saturn’s Enceladus moon, a mysterious storm on the planet itself, and a cycle on Titan similar to Earth’s water cycle, complete with rain, rivers and lakes, have all been among the past decade’s discoveries.

Titan is the only moon in the solar system covered in a dense atmosphere. Titan experiences seasons, as Earth does. However, Titan takes 29-years to orbit the sun, along with Saturn, so each season lasts about seven of our years. The most recent change of seasons occurred in 2009, when winter turned to spring in the north, and summer to fall in the south.

You can read much about Titan, from people who know what the heck any of this means, at Science Daily here