The ‘iOS Autocomplete Song’ Lets Us Know What Machines Think 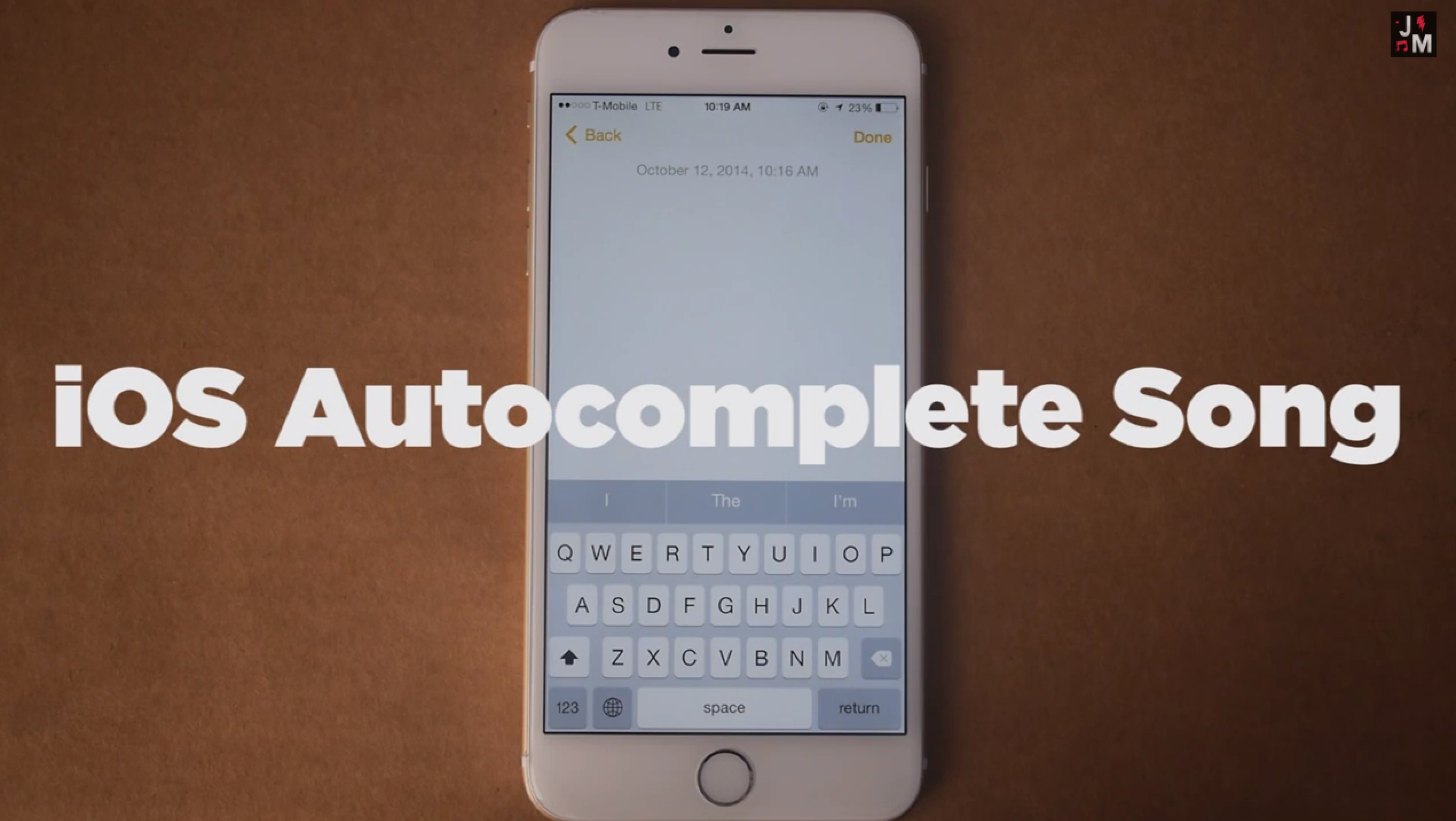 Jonathan Mann is a popular YouTube user who has been uploading an entirely new, original song every day for nearly six years. iOS 8 Quicktype is what Apple calls its new mobile operating system’s predictive text functionality.

What happens when these two seemingly disparate forces meet is, as it turns out, pure gold.

He just opened up the Notes app, and as you’ll see below, he then just more or less then let autocomplete compose the rest.