The Doctor Who Christmas Special, and the PeekScores of the Twelve Doctors 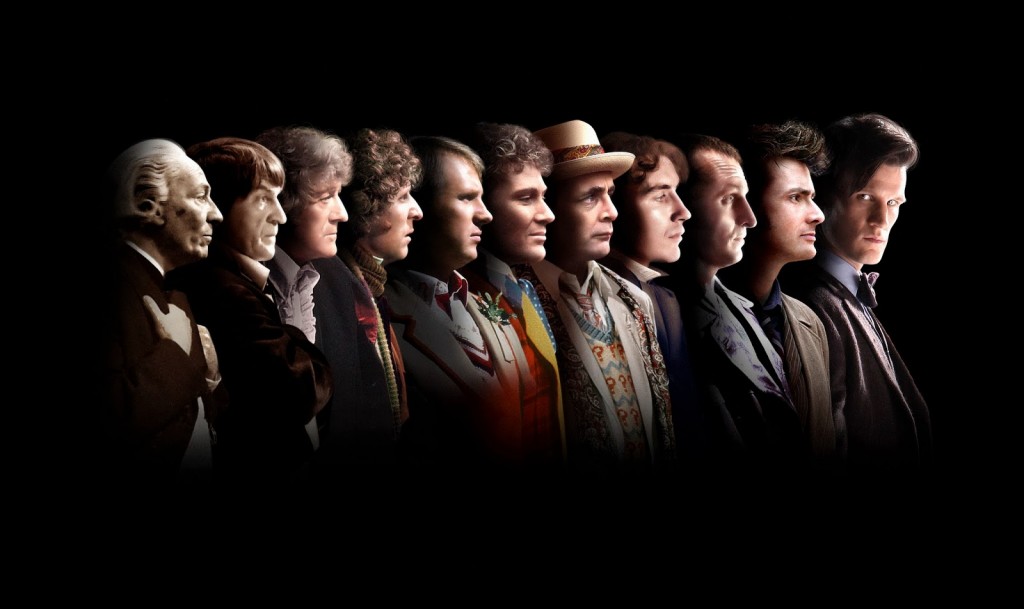 One week from this writing, on Christmas day, along with all the other expected hubbub, the annual Doctor Who Christmas episode will air internationally.

The BBC’s long-running, science fiction television program celebrated its 50th anniversary on November 23. Even as recently as five years ago, this fact would hardly have registered a cleared throat outside of the U.K.; where the show has long been an institution. But, thanks to streaming video and cable television, a revamped version of the program, which launched in 2005, caught on globally, and now even in the states Doctor Who is a bona fide hit.

During this year’s Christmas special, the title role will be handed off; with three season veteran Matt Smith (PeekYou profile here) departing, and Peter Capaldi (PeekYou profile here) — best known up until now for his portrayal as the impossibly profane Malcolm Tucker on the BBC’s The Thick of It — assuming the part.

The trailer for the episode, which has been trending heavily on YouTube for the past week, is embedded below.

For plot reasons too convoluted to bore the uninitiated with, throughout the program’s 50 year existence — a tenure only made possible due to this unusual aspect of the program’s format — the lead role has periodically been recast. Capaldi steps into the role as part of this grand tradition. Below we’ve taken the 12 actors to have starred, or who are soon to star, in the show, and we’ve ranked them by their PeekScores; measuring and comparing the relative degrees to which each is currently prominent, influential, and/or making an impact in cyberspace.

Christmas Doctor Who
Go Back