The Digital Footprint of a Man Living “Off the Grid” 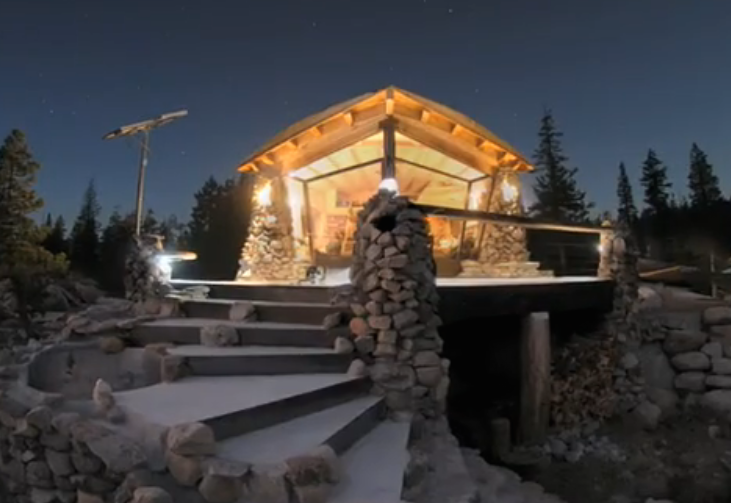 Professional snowboarder Mike Basich is known for being his own man, both on and off the snow.

His unusual and admirable, back-to-nature lifestyle has been reported on before, but has generated some net-wide buzz this week due to the Seeker Stories video piece which is embedded below.

Mike, who calls California home, devised a brilliant solution for his desire to always be on the slopes. The video shows Mike’s 225-square-foot stone, mountain cabin in the middle of his 40-acre property, about 10 miles outside of Truckee, Calif. In the clip Mike explains the realities of this labor of love, “It took me five years — two and half years to do all the rock work. I think I moved about 175 ton of rock.”

The dwelling has no conventional electricity or bathroom, and gets its water from two nearby creeks. It does, however, have its own chairlift; built by Basich and friends.

From a PeekYou perspective what’s interesting is that for all of Mike’s Thoreau-esque ambitions, and this segment’s repeatedly reminding us that — with no Internet or running water — he lives entirely “off the grid,” Mike does still leave a digital footprint. Not only is he a professional athlete, he actively — among other things — maintains a Facebook page and is running a Kickstarter campaign to fund the publishing of a book of intense, snowboarding self-portraits.

Check out the clip below and then click Mike’s highlighted name above to explore the online existence of a man — one of 180,000 Americans to do so, according to the clip — living “off the grid.”