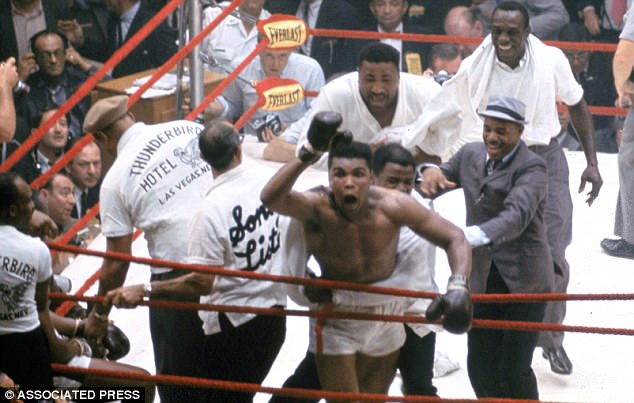 Not only was the world forced to reckon with just how great a boxer this kid might actually be — and later proved himself to be beyond any shadow of doubt — but one of the most galvanizing, polarizing, and charismatic public figures of modern times was essentially, truly born that day. Without this win, all else Ali did — as a political figure, a social figure, a religious figure, and yes, an athlete — would have gone unnoticed by the world at large.

We won’t outline the life of this great, complex, and quite controversial man here, as we do tend to like to sidestep matters of politics. But, whatever your opinions on him, his PeekYou profile offers a wonderful window into what the Internet’s many voices have to say about him.

To close this entry out, we can think of nothing better to include than the fight itself. Characteristic of its victor, the outcome is not without its share of controversy (which you can, of course, learn about by visiting Ali’s PeekYou profile, and clicking about). Watch for yourself.