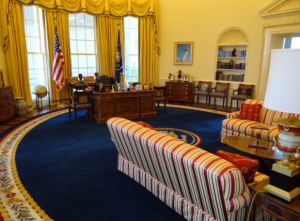 In 1880, Queen Victoria famously gave Rutherford B. Hayes the Resolute Desk, which was salvaged from a portion of the HMS Resolute, an Arctic exploration ship that got trapped during the 1850s.

Every president in the Oval Office has used the Resolute Desk since Jackie Onassis moved it in during the Kennedy Administration. The Foreign Gifts and Decorations Act of 1966 bars presidents and federal officials from accepting gifts of a certain market price from foreign dignitaries. As of 2014, that market price is capped at $390.

These rules prevented George W. Bush from accepting a puppy from Bulgaria, and president Barack Obama from keeping a 20-inch steel sword in gemstone encrusted sheath, given to him by the sultan of Malaysia.

Aside from the obvious ethics violations and potential political bribery, maybe the foreign relations of the last two presidents would have been a bit brighter if former president Bush was able to keep his puppy. These lavish gifts are either sent to the National Archives or destroyed.

Following are the five coolest gifts and purchases presidents had to leave behind during their time in office. 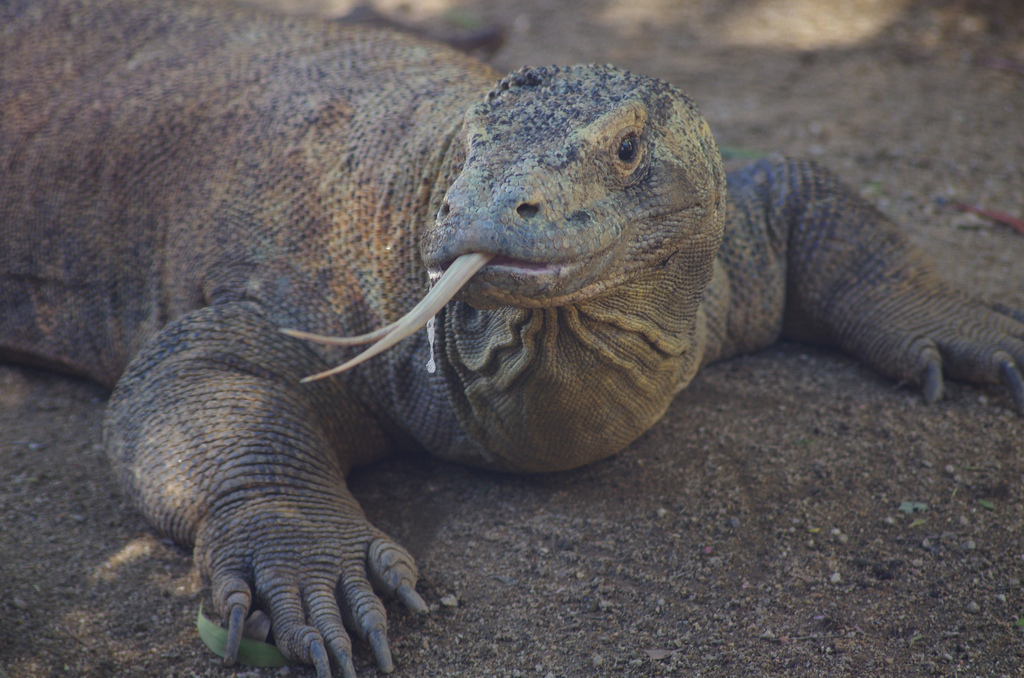 George H.W. Bush famously had to fight against the wimp factor during his presidential bid in 1987. Leave it to the president of Indonesia to give the president a new pair of pet Komodo dragons for a little more flare, which was valued at $2,000-$20,000. These pets were immediately donated to the Cincinnati Zoo at Botanical Garden.

Relations between the PRC and the US were strained after World War II. In 1972, President Nixon became the first president to formally visit China in 25 years. As the US was beginning its policy of détente across Asia, China responded with their own gesture of goodwill to ease relations. The gift? A pair of giant pandas, Hsing-Hsing and Ling-Ling, which were donated to the National Zoo. 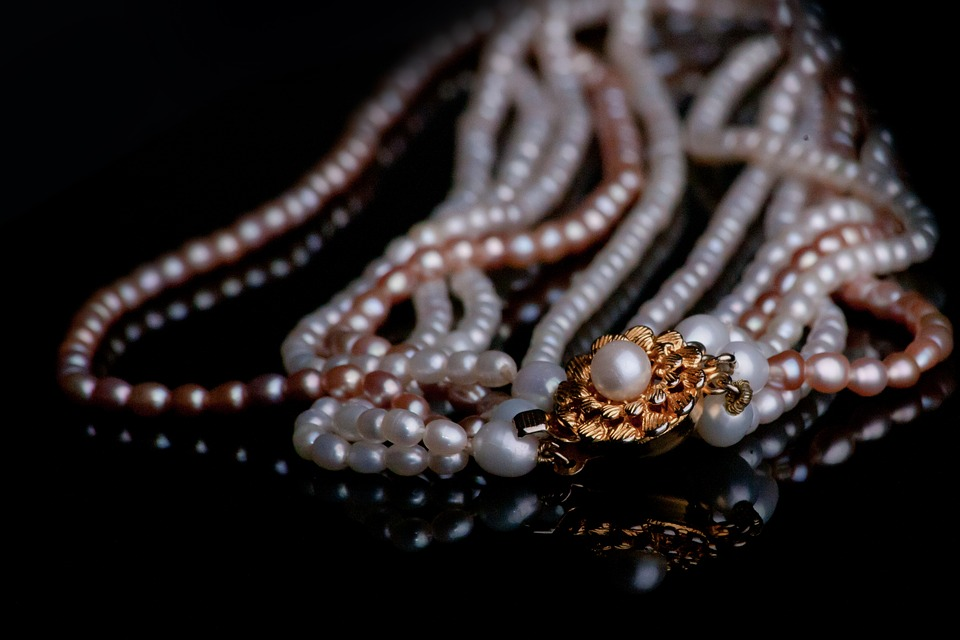 The original Foreign Gifts and Decorations Act came as a result of the lavish gifts Arab Kings had repeatedly showered US presidents during visits in the 1960s. This didn’t stop some Arab countries from continuing the tradition. In 2008, King Abdullah of Saudi Arabia gave Barack and Michelle Obama over $300,000 worth of jewels, including gold watches, pearl necklaces, and a Jaeger-LeCoultre brass clock. One of the perks of being a president is you don’t have to drive. If you’re Bill Clinton, giving up your 1967 Ford Mustang Convertible may prompt you to give the seat up entirely.  In 1994, the president was fortunate enough to drive his ice-blue Mustang at Charlotte Motor Speedway for one brief afternoon during his eight-year presidency, after famously declaring “Nobody lets me drive!”

While Donald Trump may have decked out the new presidential limo to be as tough as a tank, nothing seems more stylish than former president Clinton driving slowly down a city center in his Mustang with the top down, greeting cheering fans and puffing on a cigar. The Oval Office is filled with paintings of former presidents and the art works they’ve added. Yet, some of these magnificent artworks you may not find hanging from the Oval Office halls and corridors. The president of China, Hu Jintao, gave president Obama a $20,000 pure-silk embroidered painting of the Obamas themselves. Try giving that up to the National Archives.

Russian president Vladimir Putin famously gave president Bush a jewel-encrusted book of presidential water paintings valued at $45,000. The gift was presented in a box with an amber mosaic top and featured every US president to date.5. Presidential Entertainment 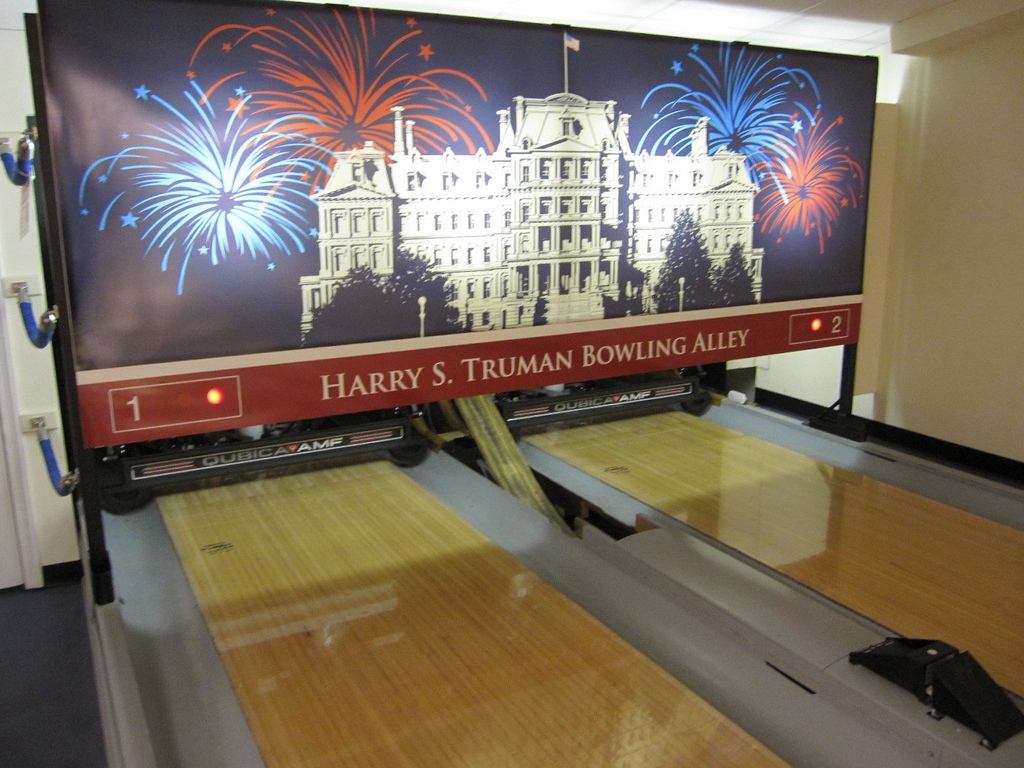 Harry Truman was famously given the presidential bowling alley that now sits in the White House to date. Ironically, donors gave Truman the bowling alley from Missouri, but he didn’t even enjoy bowling. Last year, president Obama was given a parking pass to the United Center after hosting his hometown Stanley Cup Champion team at the White House, the Chicago Blackhawks. Obama responded by saying he might sell them on EBay. Of the two gifts each president was allowed to keep, neither of them really wanted them. How’s that for presidential perks?