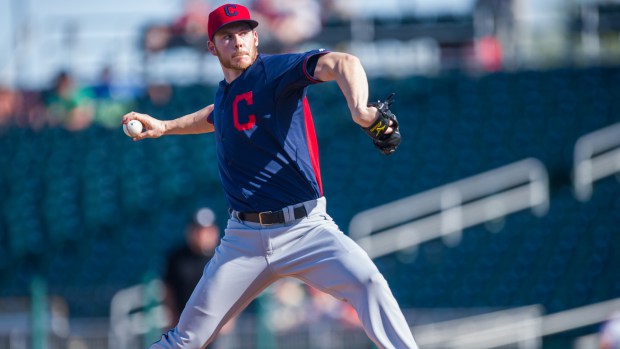 Generally, in this type of situation, a pitcher would not be expecting good news. But, that is exactly what Wood got. Unaware of whether or not he’d made the opening day roster, Francona chose that moment to let him know he had.

As Fox Sports describes it:

“When I went to take him out, (catcher Luke) Carlin was coming and I told him to stay back there a little bit,” manager Terry Francona said. “I went out there and asked (Wood) if he ever made the team on the mound? He was like no. I go ‘well, you just did.’ After that we came and talked to him the dugout but you could tell he was pretty excited.”

Wood had major elbow surgery in May of 2012, so finding himself back on the Indians roster, and learning of it during such an anxiety filled time, is a turn of events that he says gives him “perspective on a lot of things.”

Check out the PeekYou profiles of both Francona and Wood for more on this story, as well their baseballs careers both past and yet to come.