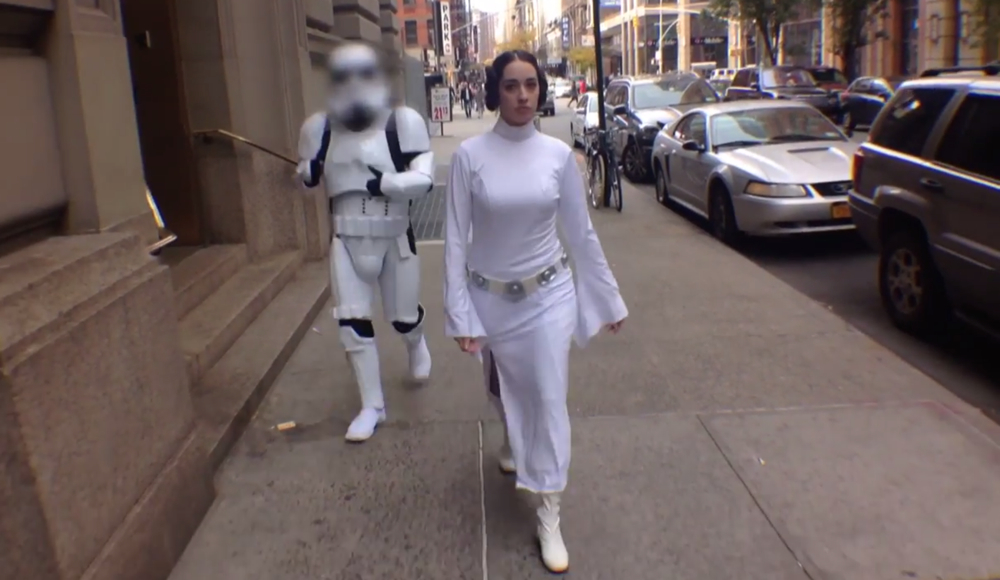 The two things upon which the Internet loves to comment, more than probably any others, are Star Wars and, well, itself. This clip here succeeds expertly in both areas.

Only a couple of weeks back, an anti-street-harassment organization called Hollaback, along with the viral video agency Rob Bliss Creative, posted a video to YouTube called “10 Hours of Walking in NYC as a Woman,” which we’re including here:

If you’ve been on the Internet at all since the end of October, chances are you’re not only well aware of the video, but of the numerous conversations and debates about sex, class, and race in America it has inspired. To call it a lightning rod would be an understatement.

We will not weigh in on those discussions, of course, except to acknowledge that we do take them seriously.

Legitimate offshoots and  full-on parodies have been plentiful, some compelling and others amusing, some  pointedly satirical and others frivolous. But the most recent one to hit the Web has seemed particularly worthy of our attention, “Ten Hours of Princess Leia Walking in NYC.”

We could explain it, but we feel it speaks for itself quite handily.