Toronto – Drake was back in his hometown of Toronto on Friday night (March 9) for the Toronto Raptors vs. Houston Rockets game. END_OF_DOCUMENT_TOKEN_TO_BE_REPLACED

New York, NY – As Drake’s “God’s Plan” single spends it fourth week at the top of Billboard’s Hot 100, apparently everything isn’t all roses for the Toronto superstar. END_OF_DOCUMENT_TOKEN_TO_BE_REPLACED

Kyle Lowry announced Monday his intentions to test free agency, just a day after Cleveland swept Lowry’s Toronto Raptors from the Eastern Conference playoffs. The 31-year-old point guard missed Games 3 and 4 against the Cavaliers with a sprained left ankle. END_OF_DOCUMENT_TOKEN_TO_BE_REPLACED

TORONTO – The Milwaukee Bucks are a problem. And though the Toronto Raptors evened their first-round series at one game apiece with a 106-100 victory on Tuesday, they’re still a long way from finding the solution. END_OF_DOCUMENT_TOKEN_TO_BE_REPLACED

After being dominated on the glass by Raptors center Jonas Valanciunas in a 114-106 loss to Toronto, the Celtics’ necessity for a big man has been amplified. END_OF_DOCUMENT_TOKEN_TO_BE_REPLACED

Toronto FC’s rollicking 5-2 win over the Montreal Impact at BMO Field on Wednesday wasn’t just perhaps the most entertaining night of postseason soccer in the league’s 21-year history. It cemented both the highest scoring series in playoff history and the final matchup for the 2016 MLS Cup final (8 pm ET; FOX and UniMás in US | TSN and RDS in Canada).

A lot’s been said about what got these two teams here and those wildly divergent paths, but what about the final itself? What can you expect? And what shape might that game take? I have a few ideas. Here’s a first look at what should be a heck of a time north of the border.

Bradley’s been quietly excellent for most of the 2016 season, cleaning up in the defensive third and going box-to-box like ex-USMNT coach Jurgen Klinsmann always wanted. He’s also a tempo-generator when he’s on point, and nobody in the entire league averaged more than his 75 passes per 90 minutes this season (and his 84 percent completion rate on those isn’t too shabby either). But he’s sat deep a bit more for Greg Vanney, a sure sign he’s been given a bit more leash to do as he pleases for club.

But that doesn’t mean he’s been perfect this postseason, and he had a second leg to forget against Montreal. He was uncharacteristically wasteful, dumped 28 percent of his passes long (over 25 yards) and registered zero interceptions and just three tackles. Altidore had more.

Bradley’s task isn’t particularly enviable in the final. He has to figure out how to help push Seattle playmaker Nicolas Lodeiro out of the game, which few teams have this year. The Sounders have been shut out just once in 19 games under coach Brian Schmetzer, and Lodeiro’s been the lynchpin operating in the hole Bradley likes to claim. Bradley can be prone to turnovers in the middle third, and if Lodeiro finds space in behind he has a tendency to rip open defenses up the belly.

At his best, Bradley is a metronome in the middle, sweeping possession one direction and then the other before finding a diagonal or setting up the pass before the assist. And he’s rarely caught in 1v1 situations defensively. If Toronto FC gets that Bradley, Lodeiro might not have as much joy as he otherwise might have.

So much of what Toronto FC’s done in an attacking sense revolves around the 3-5-2 Vanney’s astutely implemented full-time late in the year. By spreading central defenders Drew Moor, Eriq Zavaleta and Nick Hagglund across the back, they’ve been able to send fullbacks Steven Beitashour and Justin Morrow up the touchlines to create havoc in the final third.

Most of everything TFC’s done this postseason – including all those goals – has been predicated on that system working. TFC essentially works from the outside in, pinching with numbers and overlapping like no other team in the league. Morrow and Beitashour have created a sneaky number of chances in this way, and it pushes defenders out and creates favorable numbers in the middle. There’s a reason forwards Jozy Altidore and Sebastian Giovinco continue to feast despite the fact that everyone knows they’re coming.

The Sounders, though, have mobile fullbacks too, which the Impact did not. Schmetzer may play a 4-2-3-1, but on average Tyrone Mears and Joevin Jones live around the halfway line because the Sounders are so thin on attacking options higher upfield. If Beitashour and Morrow insist on pushing as high as they like, and Jones and Mears both settle around their average position, there will be space on both ends for runs in behind. And lots of it.

It’s hard to say who this benefits more, but it’s probably TFC. They’re better on the break and utilizing that space before Jones and Mears, who’s slowing down, have a chance to hit the recovery boosters. And while the Sounders have gotten better playing… 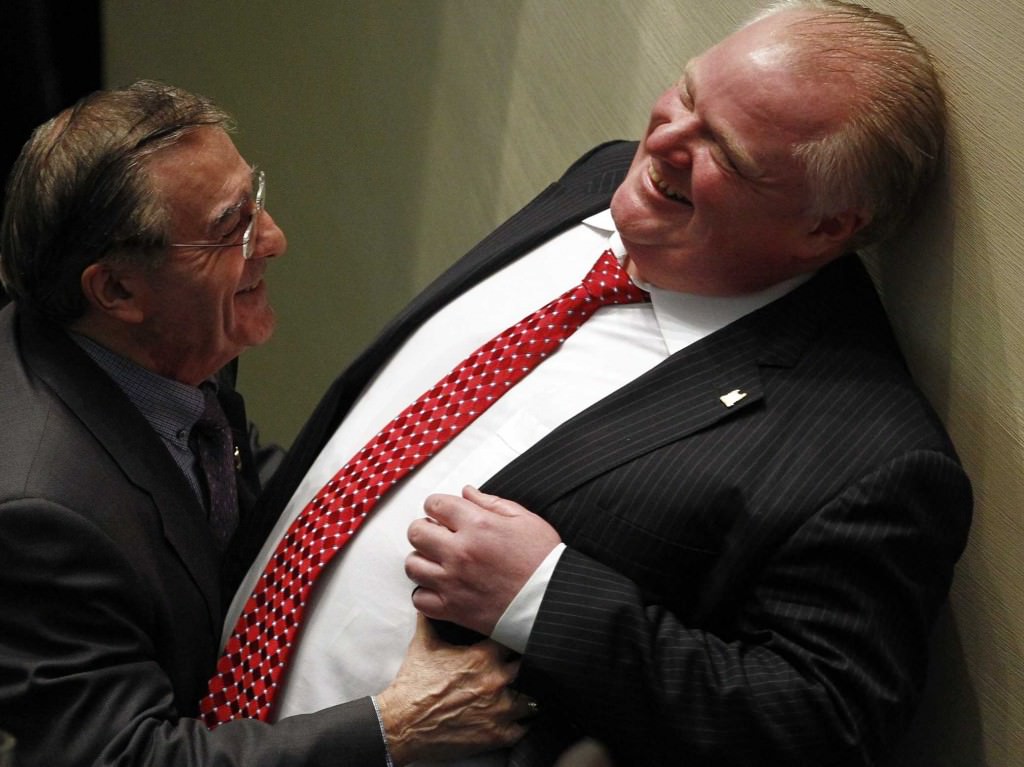 It seems the mayor of the great city of Toronto, Mr. Rob Ford (PeekYou profile here), is being held up as a figure of of fun once more. This time, however, the offense was really quite innocent and — as it turns out — not even his fault.

END_OF_DOCUMENT_TOKEN_TO_BE_REPLACED

The Toronto Zoo (for which we’ve created a special PeekYou profile here) has gone viral with the above video of a baby polar bear being introduced to snow for the first time; which you already know you totally want to see.