Death Grips’ ‘Black Paint’ Is the Song of the Summer

What makes a summer jam? Is it the sunniest chorus, the hottest beat, the most weeks on the charts? Do the lyrics have to be about beaches and barbecues, or is it a question of vibe? What if it’s a song on your summer playlist and no one else’s?

We believe the answer is “all of the above.” This summer, Rolling Stone’s writers will celebrate the songs that are ruling each of their worlds – from huge hits to weirder, more personal choices. Check back soon for more summer songs, and hear all our picks in the Spotify playlist at the bottom of this post.

The unexpected superheroes of summer? Mister Rogers and RBG

NEW YORK — Escapism is usually the domain of big-budget spectacles, but a pair of blockbuster documentaries has caught on at the summer box office partly because they’re a respite from today’s headlines.

The Fred Rogers documentary “Won’t You Be My Neighbor” and the Supreme Court Justice Ruth Bader Ginsburg portrait “RBG” have each played to some of the season’s most packed theaters. In eight weeks, “RBG” has made $10.9 million, a mammoth sum for any documentary. Morgan Neville’s “Won’t You Be My Neighbor” has grossed $4.1 million in three weeks, including $1.9 million last weekend at 348 theaters.

Both movies have cracked the top 10 movies at the box office, ranking an 85-year-old justice and a deceased Presbyterian minister in multiplexes alongside Spandexed superheroes and supernatural thrillers. Documentaries, often sober counter-programming for the summer months, are instead supplying the movie season’s most potent wellspring of feel-good inspiration — particularly to liberal moviegoers.

“It’s an escape from what they’re reading every day in the newspapers or online. These are both messages of positivity and how people’s good character can triumph over horrible situations,” said Eamonn Bowles, president of Magnolia Pictures, which partnered with Participant Media and CNN to distribute “RBG.”

“There’s a huge swath of our country that’s horribly dissatisfied,” added Bowles. “RBG and Fred Rogers, their sensibilities lie in helping other people. Our current administration seems to want to basically hurt people who are in need and not see past the greater humanity involved.”

Rogers and Ginsburg both broke through in the late ’60s and early ’70s. “Mr. Rogers Neighborhood” made its national debut in 1968. Ginsburg rose to prominence four years later when she co-founded the Women’s Rights Project at the ACLU. Both were modest, soft-spoken people driven by a sense of empathy and a belief in community.

“Fred was telling 2- to 6-year-olds how to be people and how to treat other people. And it feels like we all need to be sat down and be taught that lesson again,” said Neville. “He tried to teach us how…

5 New Ways to Enjoy the Beach This Summer 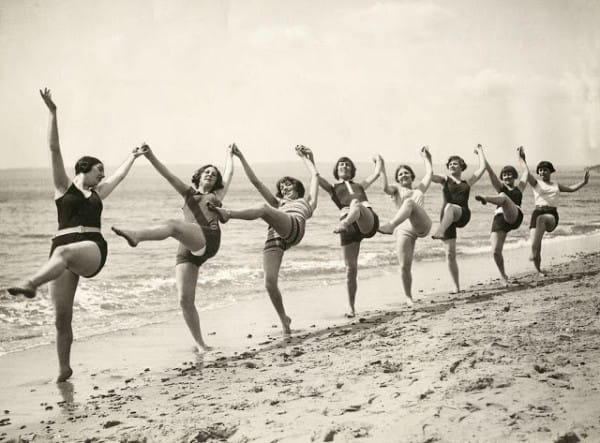 Summer is officially here! It’s time to break out the towels, volleyball, and of course, the sunscreen, and head to the beach. For centuries, urbanites have flocked to the beach to escape from the heat and grind of the city. Here at PeekYou we want to serve up some new ways to enjoy this age-old escape.