Ariana Grande released the lyric video for her new single “Everyday” featuring Future. The song appears on her album Dangerous Woman, which was released last May. Grande dances alone in the clip in front of a row of spotlights. She joyfully sings along to the electropop track, and when Future’s verse arrives, she raps…

Beauty and the Beast is a tale as old as time, but its theme song is getting a very appropriate upgrade. Disney announced that the title track for the upcoming live-action Beauty and the Beast will be performed by Ariana Grande and John Legend. The two will be putting their own spin on the Celine Dion and Peabo Bryson duet. According to a statement from the song’s producer Ron Fair, “Stepping into the shoes of an Oscar and GRAMMY Award-winning classic is not small potatoes,” but this certainly isn’t the first time Grande’s channeled Dion. Of course, usually she’s usually doing it in the name of comedy.

Two years ago, Grande sat down with Jimmy Fallon on The Tonight Show for her first late-night interview. She admitted she was nervous about speaking. “I’ve never spoken on a talk show,” she told him. Perhaps, to make her feel more at ease, he asked her to do an impression of Dion by singing a song of his choosing. The song? “Beauty and the Beast.”

At the time, Grande didn’t know the words, but she still managed to do a spot-on impression of the Canadian chanteuse. What makes it so good is that Grande’s voice is strong enough to mimic Dion’s incredible range. If someone’s going to be able to keep…

Ariana Grande and John Legend are teaming up to record Beauty and the Beast’s theme song of the same name for the upcoming Disney live-action film. END_OF_DOCUMENT_TOKEN_TO_BE_REPLACED

Drake and the Chainsmokers top this year’s list of nominees for the iHeartRadio Music Awards to be held March 5 at the Forum in Inglewood, Calif. END_OF_DOCUMENT_TOKEN_TO_BE_REPLACED

Ariana Grande: ‘Sexuality in Art Not Invitation for Disrespect’

In Stevie Wonder‘s joyous “Faith” video, the singer’s soulful music helps the characters from Sing go from living in black-and-white to color. Guest vocalist Ariana Grande struts down the sidewalk, followed by the animated cast including punk rock porcupine, Ash, bashful elephant, Meena and sax-wielding mouse, Mike. Wonder belts behind a grand piano, joined by Grande and the…

Madonna loves her ex-husband Sean Penn, something she has said twice to his face this year.

The actor appeared onstage at the pop star’s Raising Malawi charity auction and gala during Art Basel in Miami Friday. He craweled in between her legs and slapped handcuffs on her playfully. She told the audience she would marry him again if he bid $150,000 for a necklace. He did, but was later outbid.

“I’m still in love with you,” Madonna told Penn onstage, as he blushed. “Yes. In fact, I think I…

Ariana Grande, Jennifer Hudson and Kristin Chenoweth are just some of the big stars appearing on the Hairspray Live! soundtrack, which has arrived ahead of next week’s live production.

The original cast recording dropped at midnight and features 19 tracks, including album closer and the show finale “Come So Far (Got So Far to Go),” a duet with Grande — who plays Penny Pingleton in the 1960s-set special – and Hudson (Motormouth… 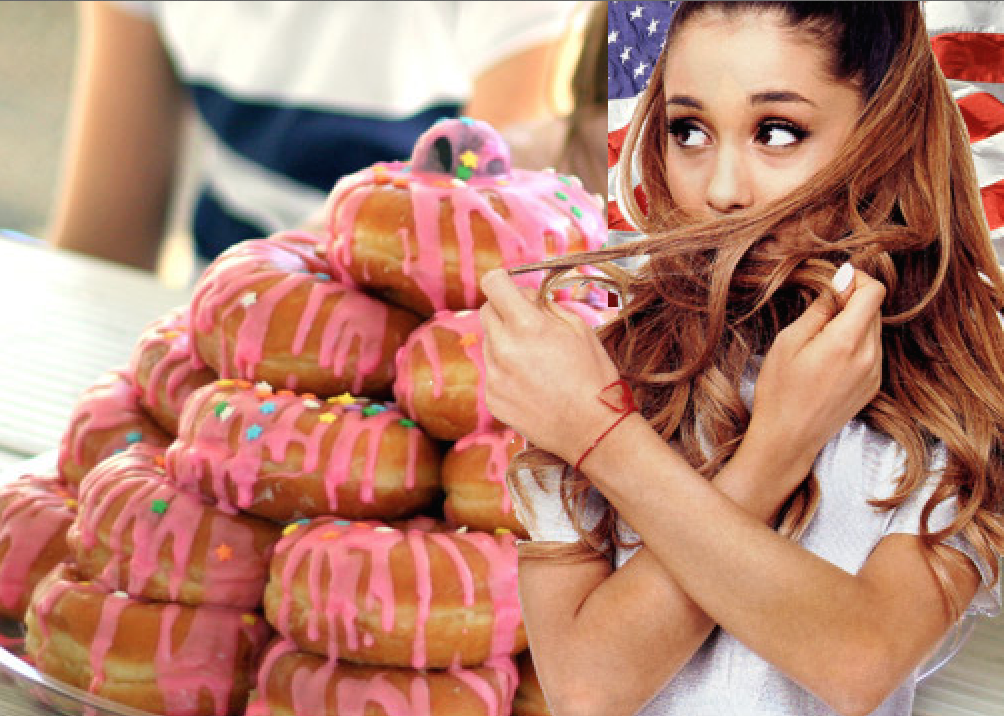 We’re pretty sure she’s not America’s sweetheart, per se, but she is a massive pop star nonetheless. As a result, Ariana Grande made headlines this past July when a security camera caught her talking trash about her fellow countrymen and licking donuts intended for sale to the general public.