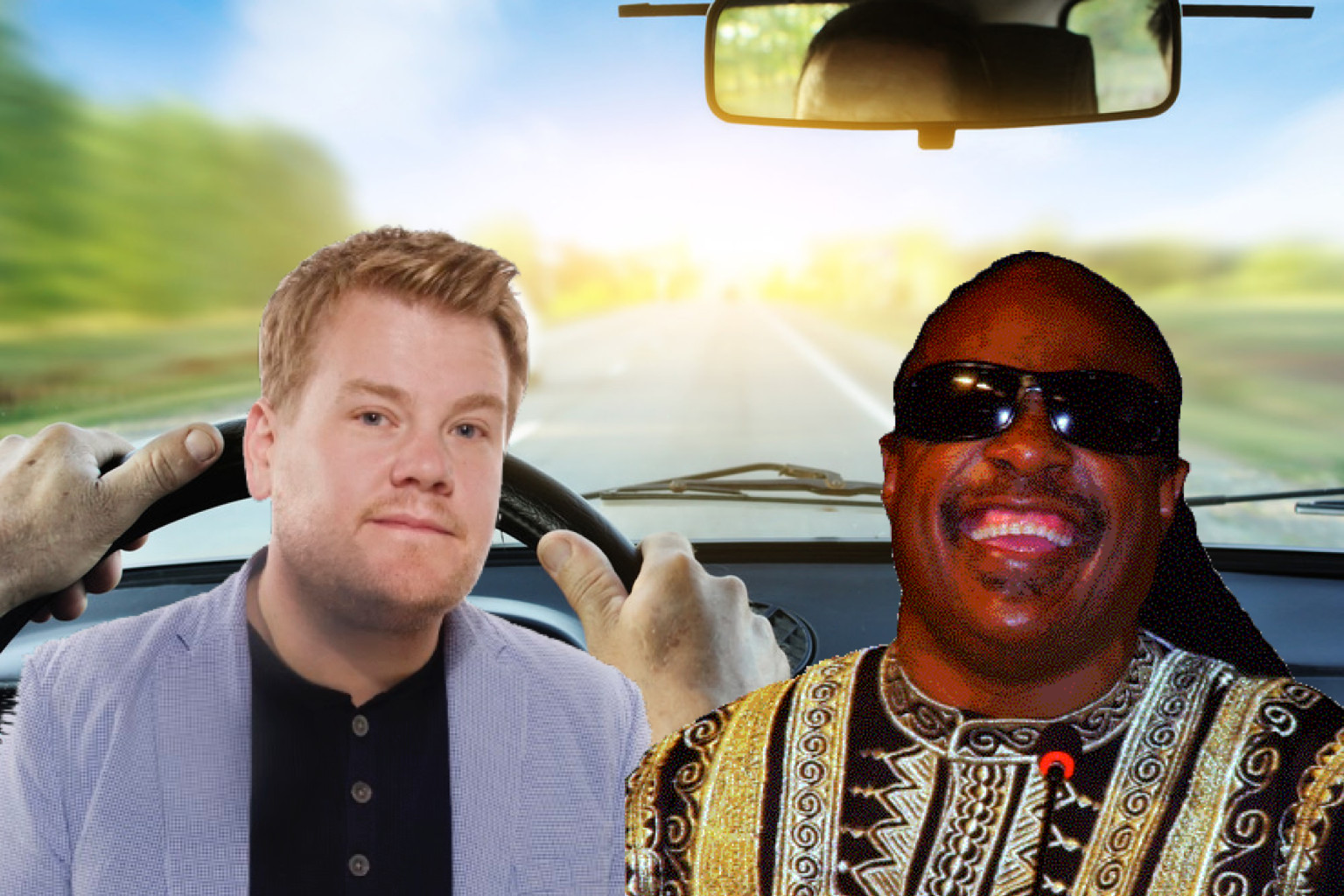 The Late Late Show‘s James Corden has sought out the services of a genuine genius and legend this time around, in order to grab your hard-earned viral video bucks. None other than Mr. Stevie Wonder.

Bringing one of Michigan’s proudest exports to the California coast for an installment of his ‘Carpool Karaoke’ segment seemed frankly a natural.

After an amusing initial dispute over who might be driving, Wonder sat shotgun besides Corden, having a go at the host’s British accent and what he was certain was his lack of harmonica ability (begging that he not even try). All this transpired while Stevie also FaceTimed friends and family, and belted out snippets from an ongoing soundtrack of timeless classics (including bits of “Sir Duke” and “Signed, Sealed, Delivered”).

On one occasion, Wonder called a family member to verify that it was indeed Corden driving, and not an impostor, insisting, “All English guys look alike.” Assuring Corden, “— no offense, man.”

Check it out below, it is highly entertaining stuff.