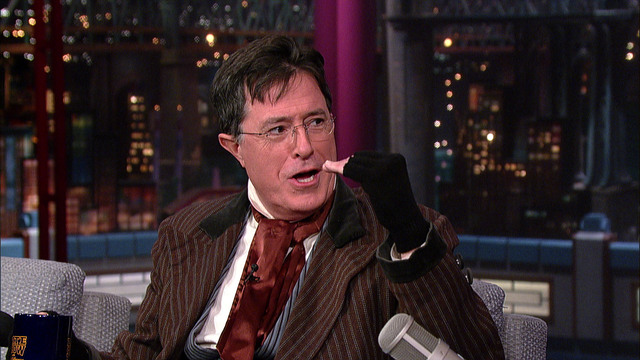 Just a week ago, late night TV stalwart, David Letterman, announced that he’d be retiring from his long-running talk show in 2015. Wasting no time, today his replacement has been announced; Stephen Colbert (PeekYou profile here).

Colbert, who’s been hosting the popular, satirical, late-night program The Colbert Report on Comedy Central since 2005, has signed a five-year deal with CBS, and will take-over the network’s 11:30pm slot when Letterman steps down from his 21-year old Late Show with David Letterman next year (presumably when his contract expires in August 2015; although nothing official has been announced).

Below is Stephen appearing on Dave’s program just this past December, and for further Colbert laughs — supplied via various media, and strewn about the Web — and more, check out his PeekYou profile.