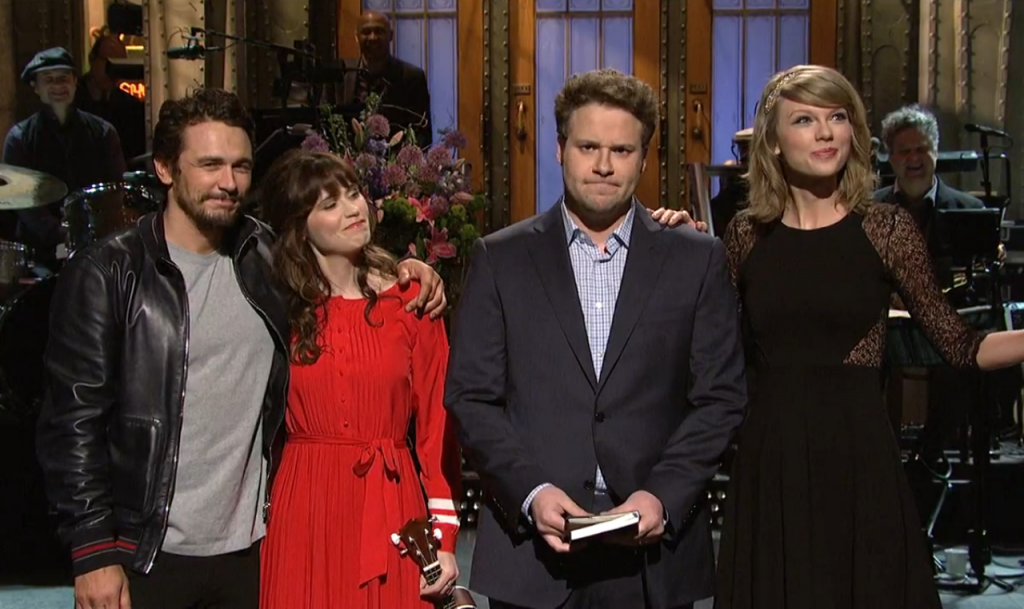 Among the moments that have the Internet most buzzing today, are Rogen’s monologue; featuring walk-ons from such celeb friends as Zooey Deschanel, Taylor Swift (PeekYou profile here), and James Franco (PeekYou profile here); the latter of whose Instagram quasi-scandal was also joked about.

Check it out here:

Clicking the PeekYou profile links parenthetically provided above will lead you to the corresponding luminary’s PeekYou profile, from where you’ll be provided a roadmap to that individual’s rich and varied online existence; including social pages, homepages, charities, videos, photos, articles, interviews, and much, much more.