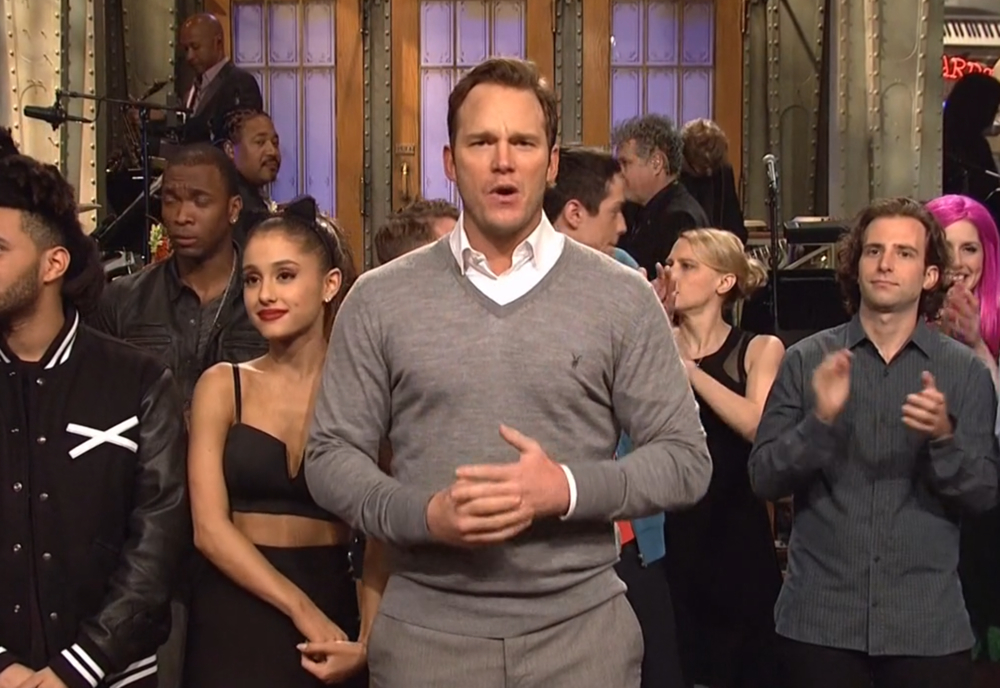 On Saturday, NBC‘s Saturday Night Live kicked off its historic 40th season, with host Chris Pratt (of Guardians of the Galaxy), and pop sensation of the moment, Ariana Grande.

Pratt, as those who have been following him for years on Parks and Recreation have long known, is an enormously capable and charming comic performer. All of those gifts were on display during Saturday’s show, although he had no truly standout moments.

Ariana Grande did precisely as she must, looking more or less perfect, if packaged, and performing her songs — being what they are — in an essentially note-flawless way.

The evening’s two big debuts were former 14-season cast member Darrell Hammond’s first time as announcer, replacing the recently deceased Don Pardo, and SNL writer and Daily Show correspondent Michael Che’s first time as co-host of Weekend Update, alongside Colin Jost; who assumed anchor duties on Update after Seth Meyers’ departure last season. In our quick opinion, the former was fine, and the latter could use some work.

Anyway, to mark the landmark anniversary, we’re providing you with this updated PeekScore list of the 40th season’s cast; measuring and comparing their various presences and impacts here in cyberspace.

If you click through the items on the below list, you’ll be taken to the PeekYou profiles of the various funnypeople, from where you can learn more in depth about each, and even check out some video, and other multimedia goodies. What else were you doing, anyway? Get to clicking.