‘Sherlock’ to Return for a Single Episode Special? 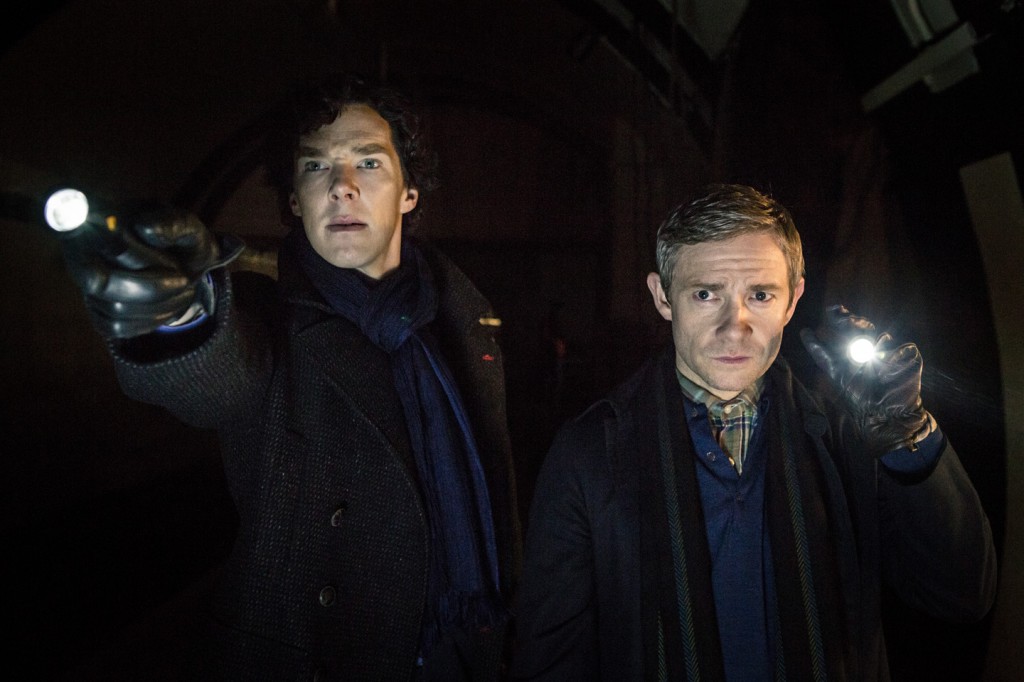 A nice illustration of just how much folks love BBC‘s magnificent Sherlock is the degree to which this purely speculative story is trending.

Martin Freeman (PeekYou profile here), the John Watson of the immensely popular Arthur Conan Doyle updating, let slip in a recent interview on comedian Alan Carr’s chat show, that there’s a possibility — however slim — of a one-off special. That is, prior to a proper fourth series.

All the program’s major players, both in front of and behind the camera, are highly in-demand (starring as Hobbits, and running Doctor Who, and whatnot); making scheduling an issue, in terms of committing to filming a full series. While addressing this, Freeman blurted, “Mark Gatiss (showrunner) may beat me up, but there is an idea for this one-off special that’s such a good idea, and as I was listening to it I thought ‘we’ve just got to do this’. And I don’t know when we are going to be able to do it, unfortunately.”

So, make of all that as you must. While this doesn’t sound like something that would be happening soon, if it were to happen at all, we’re still too happy to have an excuse to mention this exceptional program here at the blog.

In honor of all this hoopla we bring you the below PeekScore list, assessing the online prominence and influence of the program’s various principal cast members (as well as notable guests, and showrunners).

And since you’re already indulging in all this sweet, PeekScore/Sherlock goodness, you might want to head over to this previous PeekYou blog entry here, where we take a look at the online existences of the actors best known for playing and/or having played Conan Doyle’s timeless consulting detective through the years.