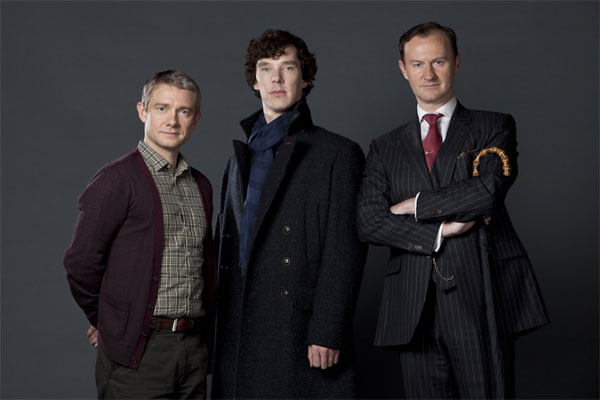 On New Year’s Day on BBC One in the U.K., and on January 19th on PBS here in the states, series three of the BBC‘s immensely popular, contemporary re-imagining of Arthur Conan Doyle’s beloved Sherlock Holmes stories — straightforwardly entitled Sherlock — premieres.

To whet the already ravenous appetites of the program’s dedicated following, the Beeb released the above, 7 minute minisode to the Web. Only online for a week, it’s already racked up over 4 million views.

In honor of all this hoopla we bring you the below PeekScore list, assessing the online prominence and influence of the program’s various principal cast members (as well as notable guests, and showrunners).

And since you’re already indulging in all this sweet, PeekScore/Sherlock goodness, you might want to head over to this previous PeekYou blog entry here, where we take a look at the online existences of the actors best known for playing and/or having played Holmes through the years.