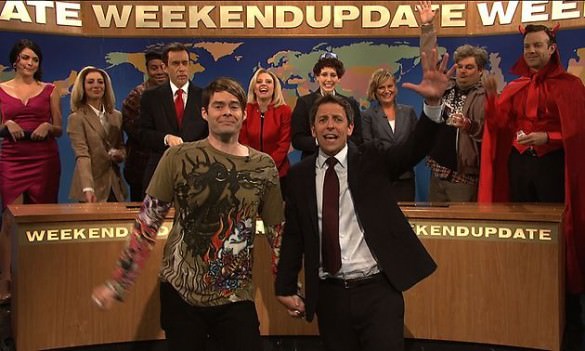 With all the attention being focused on the Big Game this weekend, it’s easy to overlook that a sizable segment of the Web’s population will be taking a break from the football brouhaha to be buzzing over this evening’s Saturday Night Live, and the departure of 13-year veteran cast member, Seth Meyers (whose PeekYou profile is here).

Meyers has been with the program since 2001, and has been the show’s head writer and hosted its Weekend Update segment since 2006. He is leaving SNL to take-over hosting duties of NBC’s Late Night from fellow SNL alum Jimmy Fallon; Fallon, of course, moving on to host The Tonight Show.

And click through here to read our recent blog entry featuring our PeekScore list of the SNL cast, and a look at new head writer and Update co-host, Colin Jost.