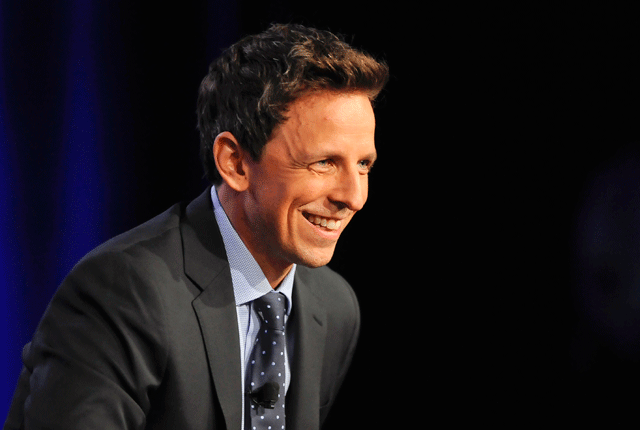 Former SNL head writer, cast member, and longtime Weekend Update host, Seth Meyers (PeekYou profile here), made his debut as the host of NBC‘s Late Night on Monday; taking the place of Jimmy Fallon who, of course, has made the ascent to hosting The Tonight Show.

His debut was hardly groundbreaking — featuring, as it did, a monologue, bits, a desk, a band, witty banter with guests (Amy Poehler and Joe Biden, on this occasion), and a musical guest — but it was exceedingly competent and comfortable, and suggested a lot of potential for the future.

Also on hand, adding to the feeling of optimism many seem to have regarding the program’s potential, was Late Night bandleader, as well as Portlandia star, and fellow SNL alum, Fred Armisen (PeekYou profile here).

Check out the clip below, showing Meyers interviewing his former Weekend Update co-anchor, Amy Poehler, and then check out our PeekScore list where we rank the digital footprints of all of American late-night TV talk’s biggest names here.