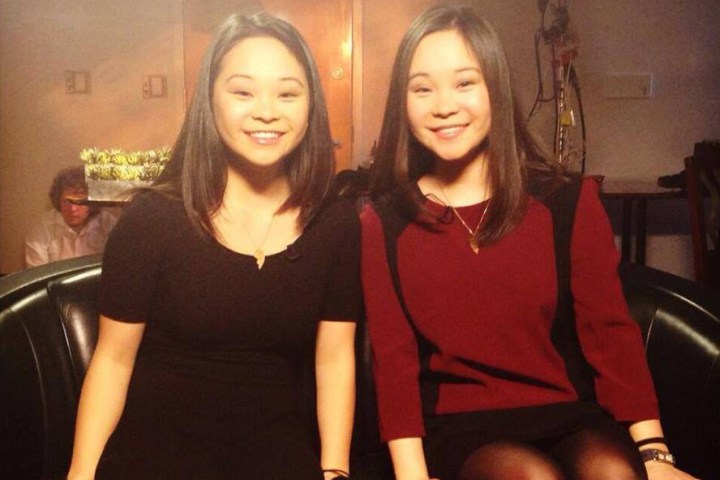 After 25 years of separation, since their births, and with each being entirely unaware that the other even existed for most of that time, identical twins Samantha Futerman and Anaïs Bordier are sharing with the world the remarkable story of how they were reunited via Facebook.

Their incredible tale will be told in a new book called, Separated @ Birth: A True Love Story of Twin Sisters Reunited, and the upcoming documentary film, Twinsters; the latter of which the pair funded through a Kickstarter campaign.

Bordier, a fashion designer, was adopted and raised as an only child in Paris. She was studying in London when a friend stumbled upon a photo of Futerman, a working American actress who was her spitting image.

“I didn’t think she could be my twin,” Bordier said in an interview with the New York Post. “But the resemblance was so strong that I thought she might be related to me to a lesser degree — like my cousin or something.”

When Bordier discovered that she and Futerman shared a birthday, her curiosity was stoked. “I found her date of birth,” said Bordier. “What are the chances you find someone adopted from the same country, same town, who was born on the same day?” So, she sent Futerman a friend request on Facebook.

“Stalked you A BIT, and found out you were born on the 19th of november 1987 … and discovered you were adopted too,” Bordier wrote in a 2013 Facebook message. “So…I don’t want to be too Lindsay Lohan … but … was wondering where were you born,” referencing the 1998, Lohan starring remake of The Parent Trap.

“I held off for a little bit,” Futerman offered. However, “… that entire day, I’d just keep randomly turning to my friends, saying, ‘I have a twin! I have a twin!’”

Futerman’s adoptive parents, upon learning of this, feared that maybe Futerman was being catfished. After the pair finally communicated over Skype a few days later, though, all fears abated.

Futerman writes of that first call in the book, “I had never seen anyone who looked even remotely like me, let alone my exact mirror reflection. She had my laugh, my freckles, and that profile. When she turned to the side during that first Skype session, I was blown away. I stopped for a second and freaked out inside.”

The two share mannerisms, habits, likes and dislikes, and even have in common a very specific need for 10 hours of sleep a night.

In spring of 2013, the two met in London. “It was very strange,” Bordier said of the encounter. “Physically, very strange. I would describe it as opposing magnets attracting each other. It’s like seeing a mirror that doesn’t react the way it should.”

A DNA test confirmed what they already knew. Caseworkers tracked down the woman listed as the pair’s biological mother, but she denied having given birth to them. “I put it aside,” Bordier said. “I wasn’t disappointed, but I wasn’t relieved, either. I have no idea who she is or what she does. I put it aside, and we’ll see what happens in the future. Maybe she’ll contact us. Maybe she never will.”

“My sister and I do love our birth mother,” Futerman added. “She gave us life.”

Both have rich online existences and professional lives, which can be explored in depth via the many links to be found upon their respective PeekYou profiles; accessible by clicking their highlighted names above.

CNN reports on all of this here.