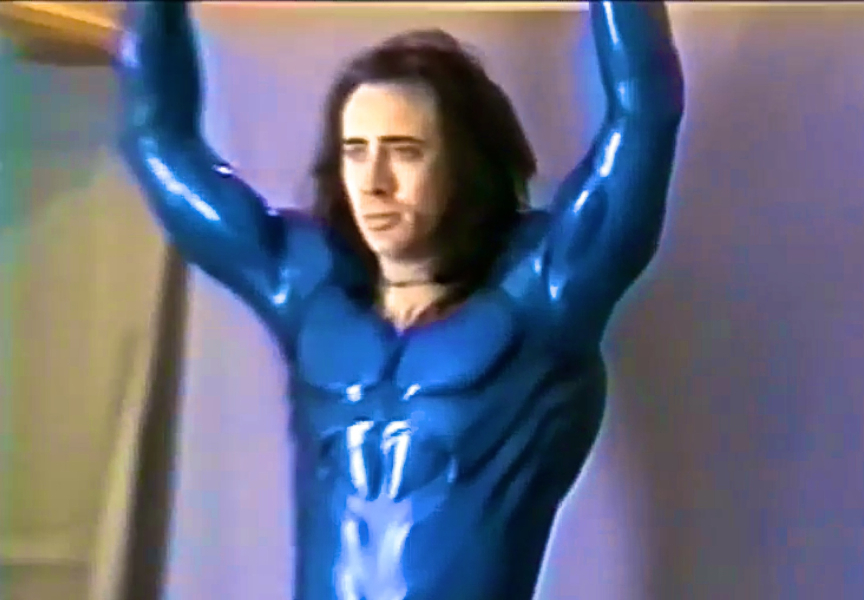 It’s not even film-fan lore, but simply an established fact that at one time a Superman film was well into pre-production that was to have starred living Internet meme Nicolas Cage, and be directed by the reliably self-consciously quirky Tim Burton

The flick was to have been called Superman Lives.

In addition to Cage and Burton, a draft of the screenplay (widely available online for many, many years now) was written by cult-filmmaker/podcaster/perspiring-self-promoter Kevin Smith.

While there’s no way the finished product would have been anything other than terrible, there is the legitimate possibility that it might have been compellingly strange in unintended ways.

In the tradition of 2002’s Lost in La Mancha, which tells the story of director Terry Gilliam’s aborted attempt to adapt Don Quixote, and this year’s celebrated Jodorowsky’s Dune, comes the in-production, crowdfunded documentary about this film that never was, The Death of Superman Lives: What Happened?.

Last year the doc raised just over $115,000 on Kickstarter. Now the filmmakers are running a second crowdfunding campaign, hoping to raise an additional $85,000 to complete the film.

Check out the trailer below, and we’re sure you’ll agree that whatever kind of travesty Superman Lives might have been, The Death of Superman Lives promises to be an entertaining watch.

And here’s would-be screenwriter Kevin Smith amusingly recounting the tale (in characteristically profane fashion, so DO BE WARNED) from his point of view: