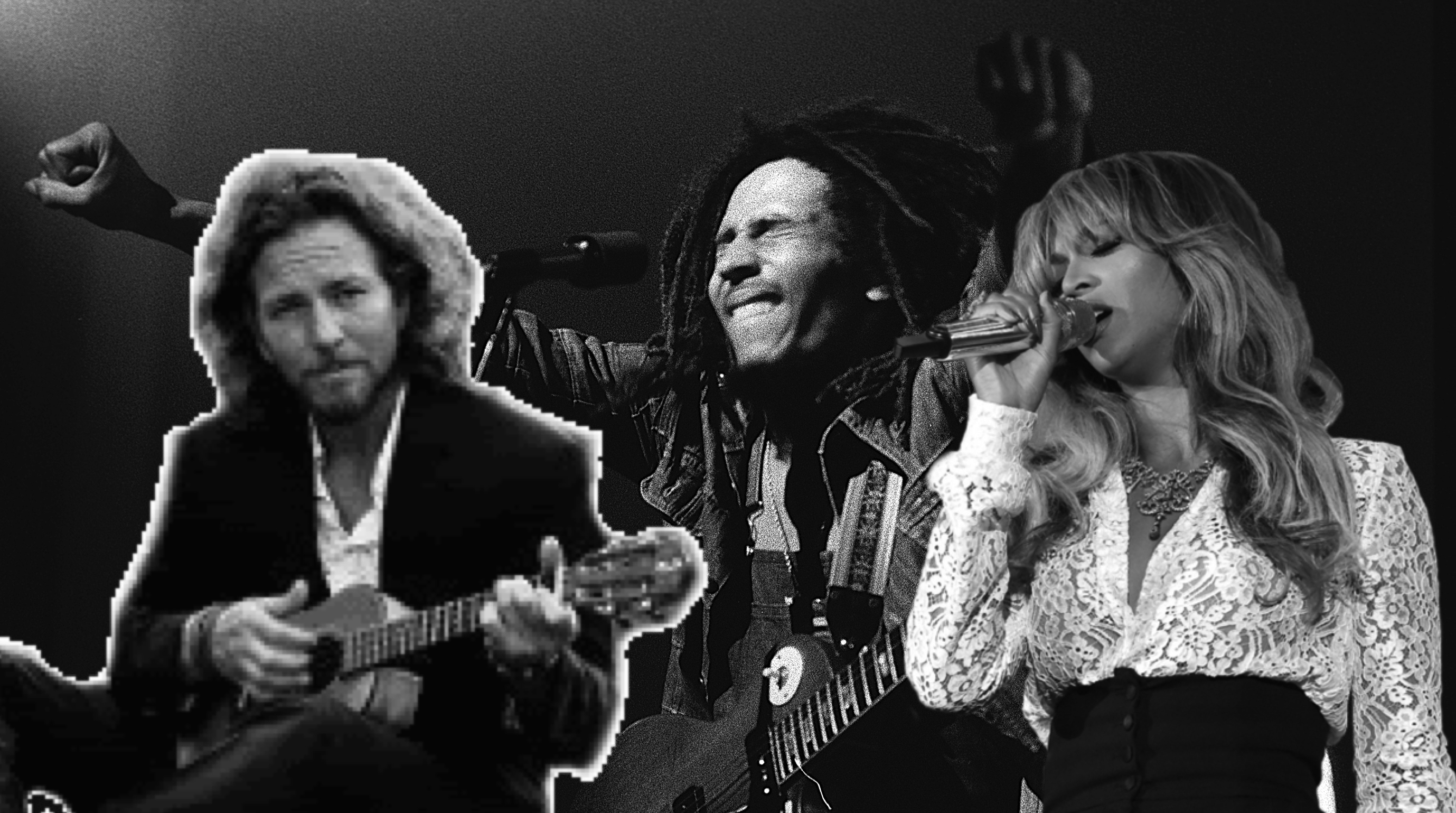 While often covered, the late, great Bob Marley‘s Redemption Song remains a powerful, timeless reminder that people cannot be truly free until they free their minds and spirits, and that only they have that power.

In the opinion of many it is the signature tune of one of the 20th century’s most important artists, while also appropriately being open to endless reinterpretations.

On Saturday over 60,000 people gathered on New York City’s Central Park’s Great Lawn for the 2015 Global Citizens Festival. The event featured world leaders and artists who regard themselves as socially conscious coming together in the hopes of bringing specific attention to the endlessly ongoing issue of global poverty. Hoping, it would seem, to start to find some ways to go about ending it.

“Everybody in the world is entitled to be treated with dignity. No time in the history of the world has it been harder to hide injustice,” said Vice President Joe Biden. “I see a sea of global citizens. We can change the world, we really can, you can. At no time in history has so much power been available to make such a difference for so many people. I refuse to believe that we’re not going to try.”

The day featured a parade of A-list celebrities such as Stephen Colbert, Kerry Washington, and Leonardo DiCaprio. And featured singers such as Ed Sheeran and Ariana Grande

The day’s biggest surprise, however, came during a performance by the rock band Pearl Jam whose frontman Eddie Vedder blew everyone away, inviting none other than our Queeen Bey, Beyoncé out on stage to join him for a memorable take on Marley’s above-mentioned classic. Check out the performance below, and see just how much sense this seemingly unlikely duet makes.

(Remember that clicking the highlighted names above, as always, will lead you to the corresponding individual’s PeekYou profile from where you can investigate the best of what the Web has to share of their lives and careers, including all efforts philanthropic and otherwise.)