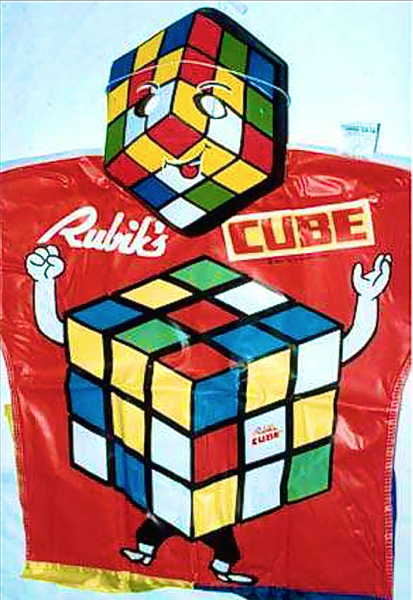 Thanks to a Google Doodle, featuring a virtual version of the famous puzzle (courtesy of Chrome Cube Lab), we know that Monday is the 40th anniversary of Rubik’s Cube; the still wildly entertaining item, and best-selling toy of all time.

The immensely popular cube was invented by Ernő Rubik, a scholar of sculpture and architecture, and a college professor, then only in his late-20s. Rubik lived and worked in Soviet-era Budapest when he licensed the cube to the Ideal Toy Company in 1979. Ideal changed the moniker of Rubik’s “Magic Cube” — as it had been known — to that of its inventor, and mass-produced it; launching it into being one of the most iconic artifacts of the 1980s.

When asked by CNN in 2012 why he invented the thing in the first place, he said:

I was searching to find a good task for my students.

When you are studying from a book, lots of people go straight to the end to look for the answers. But that’s not my style. For me, the most enjoyable part is the puzzle, the process of solving, not the solution itself.

Also, we were playing with geometry, which is not a static subject. It’s a very mobile thing, it’s changeable.

So, I was looking for a mobile structure and I found the geometry of a cube very exciting because of the high level of symmetries it has and the fact that you can do a lot of things with it.

You can see the Rubiks, as they currently exist all across cyberspace — both the man and his enigmatic cube — by visiting Ernő’s PeekYou profile above.