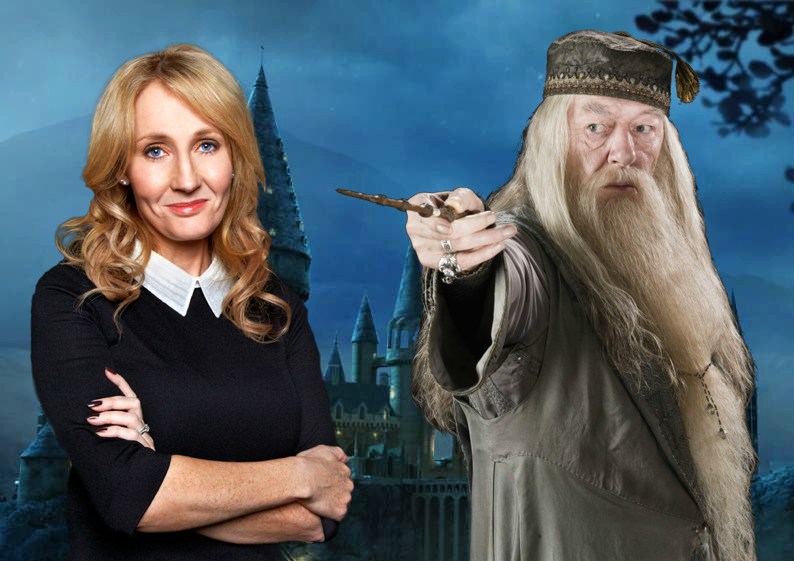 Harry Potter scribe, J.K. Rowling, is trending heavily on social media today for her now seven-year old assertion that Albus Dumbledore — the headmaster of the Hogwarts School of Witchcraft and Wizardry, in her massively best-selling Potter series of books — is gay.

The 49-year old author first shared of Dumbledore’s sexuality not long after the final Potter book, Harry Potter and the Deathly Hallows, was published.

Earlier this week a fan tweeted at Rowling (in a tweet that’s since been deleted): “Thank you so much for writing Harry Potter. I wonder why you said that Dumbledore is a gay because I can’t see him in that way.” 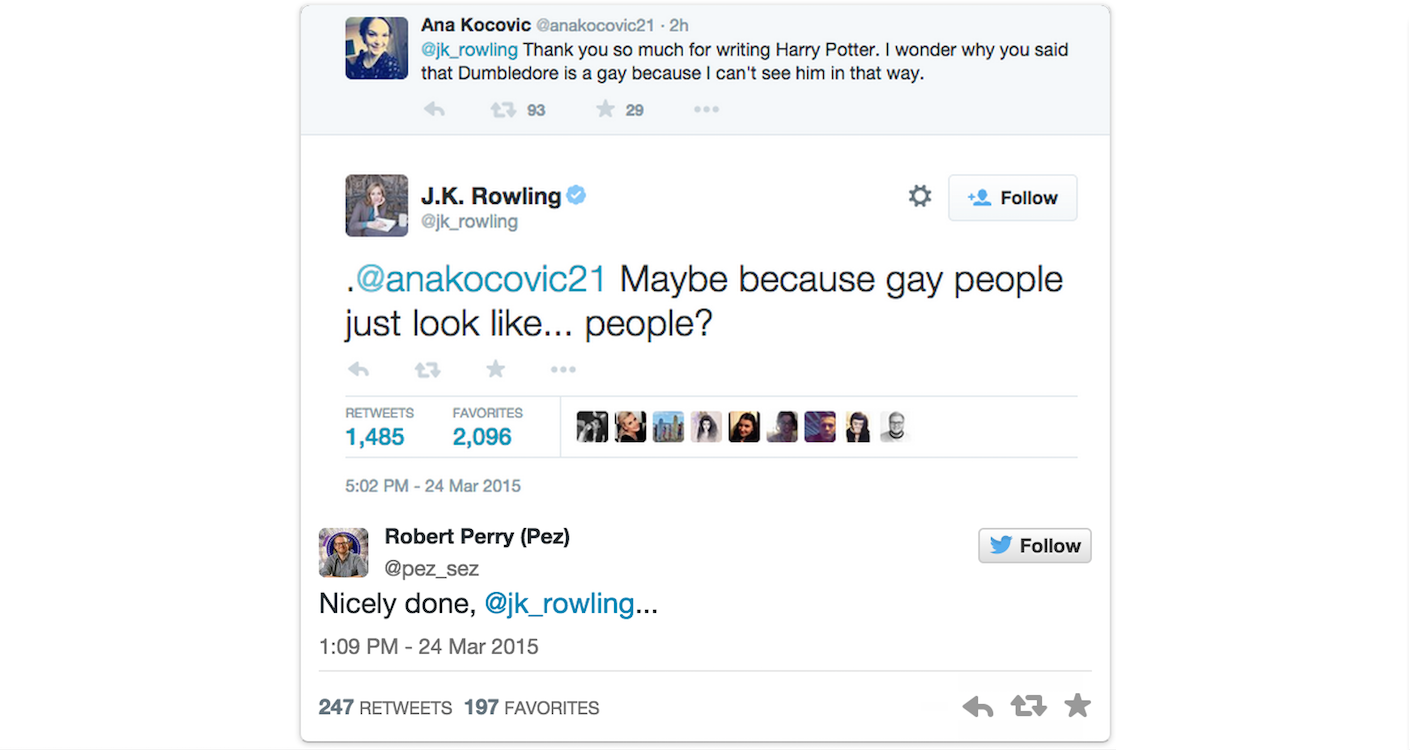 The original tweeter responded to Rowling affirmatively, declaring “amazing answer… Yes you are absolutely right. Such an inspiration!!!”

Rowling, who has only tweeted about 600 times since opening her Twitter account in 2009, was met with a flood of virtual applause for the simple, straightforward power of her message.

When first revealing this aspect of the Dumbledore’s character back in ’07 she clarified, “It has certainly never been news to me that a brave and brilliant man could love other men… He is my character. He is what he is and I have the right to say what I say about him.”

She has  defended the character on Twitter previously, BuzzFeed wrote of one such incident here.

Clicking through on Ms. Rowling’s highlighted name above will lead you to her PeekYou profile, from where you can explore the very best of her digital footprint; in the form of social accounts, personal web pages, fan pages, articles, essays, writings, videos, photos, and much more.