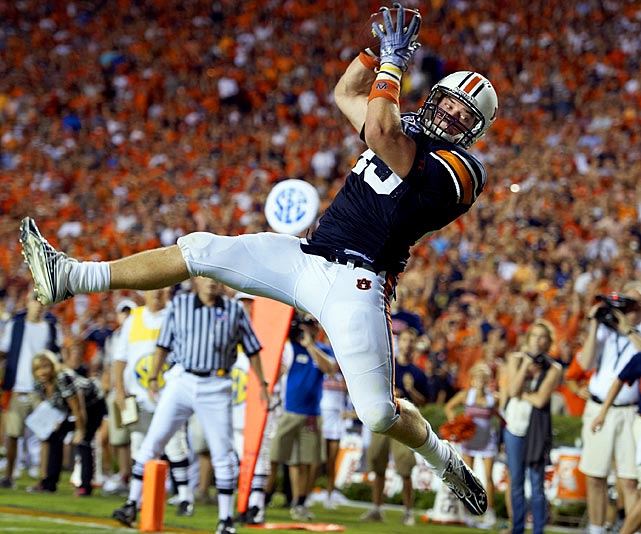 Philip Lutzenkirchen (PeekYou profile here), the former tight end for Auburn University, and a starter on the school’s 2010 championship team, was killed in a car crash early Sunday morning. He was 23.

“I’m deeply saddened by the untimely passing of Philip Lutzenkirchen,” a statement from Auburn Coach Gus Malzahn said. “He was a great young man who touched the lives of everyone he knew in a positive way. On the field, Philip was a great player and competitor, but more importantly, he was a great teammate and friend off the field.”

Lutzenkirchen was a starter at Auburn for multiple seasons, and was an All-Southeastern Conference selection. His career ended in 2012 due to a hip injury.

The accident only involved one-vehicle, and occurred at roughly 3:05am near LaGrange, Georgia.

Lutzenkirchen and the driver, Joseph Ian Davis, were both killed

ESPN reports of this tragedy here.