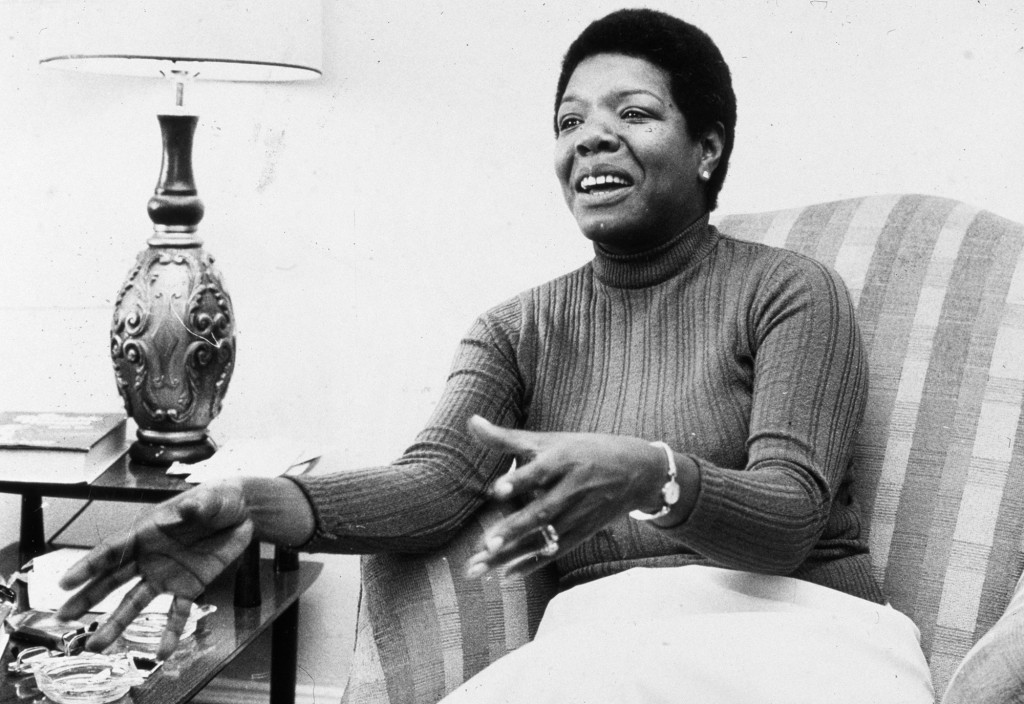 Best known for her award-winning writing, such as her memoir I Know Why the Caged Bird Sings, Angelou was not easily categorized as either an artist or human. At various times, and often simultaneously, Angelou was an actor, singer, playwright, composer, dancer, (for a time) a madam in a brothel, and even the first black street car conductor in San Francisco.

While a high school dropout, she was a proud and accomplished autodidact, and was awarded with dozens of honorary doctorates during her lifetime. She eventually became a professor of American Studies at Wake Forest University.

Dr. Angelou may very well have been the most famous living American poet, at the time of her passing, and was a national treasure whatever her degree of fame in one discipline or another.

Learn much, much more about her life and work via the great many links — spanning all conceivable media — to be found upon her PeekYou profile.

Here is a bold bit of late-70s TV, courtesy of Richard Pryor’s short-lived and daring prime-time sketch series. The first half of the clip is Pryor as Willie; with a virtuoso, tragicomic take on the wino character who so frequently visited his stand-up performances. But it’s when Willie comes home to be greeted by his long-suffering wife, portrayed by Angelou, that things truly become special and brilliant; as she gives a startling, and sobering soliloquy.